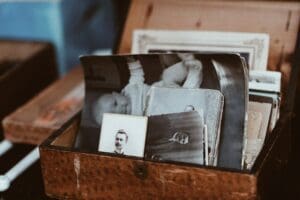 The older I get, the more I understand that who you are is due, in large part, to your family of origin. So much of how you respond to things, consider ideas, and handle life are patterned by the home in which we grew up. These experiences, both positive and negative, form and shape us in profound ways.

What’s true for people is also true for institutions which, when you think about it, are really just groups of people banded together to fulfill a common purpose. For this reason, I have always deeply appreciated hearing and learning from those who went before me at Grace Community Church and School, and I have found my interactions with them to leave me with both a little deeper understanding of who we are, and perhaps, by God’s grace, a little wiser.

Recently, I had an opportunity at an elder meeting to hear from one of our former elders named John, a man long since retired from the council, yet who has continued to serve, pastor, and practically function as a de facto elder for 40 more years. Now, well into his 80s, this wise warrior for Christ was gracious enough to share with us those ideals that were important to those who founded our church and school. I’ve long been an admirer of this man; I’ve found him to be someone worth listening to, and have seen his life to be one worth imitating. I was inspired and encouraged by his words, and I wanted to share them with you in hopes that you will, too.  Whether we know it or not, we are all a part of his legacy. And, I think it will be encouraging to all of us, as we face the current challenges in our culture, that what was important to them back then is still important to us now.

John shared that Grace’s founders didn’t consider the Bible a useful guide to living, a self-help manual, or the way to your best life now. The Bible was and is the authoritative Word of God, revealing His nature and character to man.  It was and is a love letter from God to people, the story of God’s successful attempt to recapture humans from sin and death through the power of love. Therefore, the Scriptures were never to be used as a club or a whip, but as a plea. To use them to force, manipulate, or as a rule book dries up their Spirit and power.

As John says it, “early on, we rode the horse of gift versus wage hard with our people.”  John said that many churches in the Tyler community at that time were focusing on earning one’s standing before God through how one lived and acted. That’s not how the Grace elders saw it. “Our relationship with God is built upon a gift, not a wage. God gives you right standing with Him through Jesus, so that you can do right. He doesn’t call you to do right, so that you’ll have standing with Him. That distinction is life-changing.”

John said it was always important to distinguish among what he called precepts, principles, and preferences when considering scriptural issues in community. John said the elders defined “precepts” as foundational, orthodox truths rooted in Scripture and central to the faith. The incarnation, virgin birth, resurrection, and justification by faith in Christ are perceptual. “Principles” were what others might call “open-handed doctrine,” including things like perspectives on baptism, the prophetic gifts, and the end times, things on which all believers may differ. John also distinguished “preferences,” issues ranging from styles of worship to the color of the paint in the commons area– not unimportant, but minor in the grand scheme of church life.

In John’s way of thinking, and that of his generation of elders, only a precept, or heresy from the pulpit, was a reason for leaving a church. In his way of thinking, a non-denominational church or school like Grace should never mount up or split over a principle or preference, but should always be willing to focus on the “majors,” the precepts or points of orthodoxy, and should just be willing to live with and love one another through other differences.

In our modern, consumer-driven, “getting my needs met” approach to church, John’s perspectives are refreshing and encouraging. They remind us that being part of a community, whether church or school, means something more than “attending” or “going to” a place. It means committing to do life with a group of people, working through conflict and pain to love and serve each other with resilience. As John says it, “there are people in your life you must tell, ‘I love you;’ there are people you must ask forgiveness from; and there are people who have to hear you forgive them; and, you’d better not go to your deathbed not having said those things to those people.”

John reminded us that Grace church was once known as “Grace Community, part of His Church in Tyler,” before that name became too lengthy and was shortened to simply “Grace Community.” The idea of  “majoring on the majors,” the longer name, and the mindset that Grace was only a part of what Christ was doing in Tyler, that it God’s work at Grace was never superior to what He was doing in other congregations, and that we were never better or smarter, has made Grace church and school a hospitable place, even for those who don’t call Grace church their home.  Families have always felt free to be a part of this community, even as they are also a vital part of another church home, with no conflict or feeling as anything other than full members of the Grace family.

Finally, John recounted that the founding elders of Grace pressed deeply into another reformational truth: the idea that every believer is a priest (or a pastor, if you like that term better). A priest speaks to people on behalf of God through his or her life and words, and on behalf of God to people through prayer. It’s vital that each follower of Jesus, each priest, actually be a follower, a disciple, one who does what Jesus does and acts how He acts, because each one of us is God’s representative in our homes, workplaces, and among our friends, colleagues, and families.

As priests, all of us need to be about our priestly business, until the day he or she dies, or for as long as God allows him or her the health to do so. Even then, one’s job is to die well as a servant of the Lord and as an example to those who know and love us, those who are watching. As a priest, our responsibilities are to pray for those around us, whether or not they’re our friends. Maybe especially if they’re not our friends. As John says, if I’m talking to God about you, it helps me love you, and softens my heart toward you. Don’t we all need a little more heart-softening right now?

As fathers or heads of household, we’re called to be priests of our families. Grace has always been about exhorting men to be priests. That is our first and major priority as husbands and fathers. As John notes, King David was a great king, and was commended by the Lord, but he failed to discipline his children, and was too busy about the business of governance to be priest to his family. As a result, he lost his children and his family fell apart. Grace Community only really works when men lead, when they pray for their families, when they speak God’s Truth into the lives of their children because they have it written on their hearts themselves, and when they model that priestly life in the way they walk and live. Leadership and discipleship happen when kids walk alongside adults who are living as priests.

As I reflected on John’s words, on those things that were important then, they encouraged and comforted me. Fifty years later, those core ideals serve as a lifeline through the generations and are the foundation of so much of who we still are, here and now. Those ideas were rare in a community then, and they are rare now.

Over those 50 years, the world around these faithful men and women have seen the Vietnam War, the Cold War, the Gulf War, the war on terror, Watergate and other political scandals, national leaders assassinated, hostages taken, multiple recessions, the rise of global terrorism, and 9/11, long before anyone knew COVID or our recent division over ethnicity, politics, or any other issue even existed. And, yet, over that time, and through their faithfulness to these same things to which we’re still holding on, thousands of people have been baptized, new written languages have been created and God’s Word translated, thousands of missionaries have been sent, countless marriages have been saved, people have been healed, and thousands of Christians have been educated, trained, and equipped to impact, and have impacted the world for Christ resulting in stronger communities, healthier families, and the gospel of Jesus being shared and accepted.

The mighty hand of God continues to power forward through the work of saints like John, and you and me. The old school is the new school, and it’s the only one we need. I’m grateful for guys like John who remind me that the world, however overwhelming, is a small place under the complete power of a mighty God.