You are here: Home / Parenting / Leading by Living 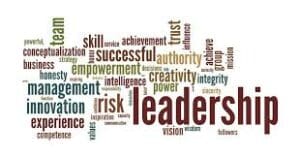 I have led Grace Community School for nearly 20 years now. I have also led the boards of the Council on Educational Standards and Accountability, the Texas Private School Association (twice), and now the Association of Christian Schools International, as well as other groups and boards. Leading is a central part of my life. It’s not my identity, but it is a gifting, my profession, one of the key ways I serve my God.

Over the years, I’ve become a leadership geek. I’ve read anything I can get my hands on about the art and science of leadership. I enjoy debating about whether leaders are born or made, whether leadership is an art or science, about what qualities make a good leader.

I have spent eight years of my life in formal leadership studies: three years obtaining a masters in educational leadership, and five years pursuing a doctorate in leadership studies. I wrote a dissertation on the pastoral leadership of school leaders, and, in that narrow area of leadership at least, I could be considered an expert. I can wax eloquently about the different theories of leadership.  Leadership is a complex undertaking, because, at its heart, it’s about the process of influencing others toward a common interest or goal. And, people are messy and complex, and sometimes they want to be influenced and sometimes, they don’t.

We’re all called to lead, whether we’re a mom or a dad, a coach or a Bible study teacher, a manager or supervisor, or even a friend or colleague. At the heart of the Great Commission- “Go and make disciples among the nations, baptizing them in the name of the Father, and the Son, and the Holy Spirit”- is influence, and leadership is influence.  So, knowing how to influence, to lead well, is critical to discipleship, to living out our calling.

It has been immensely helpful in my own calling over the years to have been a student of leadership. But, while all of this study and learning is helpful, the longer I lead and the grayer my hair becomes, the more I realize that leading well is far simpler, yet more complex, than any of these theories or doctrines of leading. Complex, because leading well also involves a relationship, the most important relationship.

Over the past two years, rather than read the Bible in a year or inductive Bible study, I have spent my quiet times engaging in lectio divina, the ancient practice of quiet meditation on a short passage of Scripture, and letting the Lord speak and direct me through it.  The other day I was meditating on John 15:1-4:

I am the true vine, and my Father is the vinedresser. 2 Every branch in me that does not bear fruit he takes away, and every branch that does bear fruit he prunes, that it may bear more fruit. 3 Already you are clean because of the word that I have spoken to you. 4 Abide in me, and I in you. As the branch cannot bear fruit by itself, unless it abides in the vine, neither can you, unless you abide in me.

This passage strikes me in that Jesus gives the secret to bearing fruit as “abiding” in Him. He doesn’t say, “bear fruit, do good work, get your life in order and clean yourself up, then you’ll abide in me.” That’s the mixed-up order we have it in our minds most of the time: “Come to me once you have things fixed up.” Instead, he says, “abide in me first, and only then, as an outpouring, outworking, natural result of that abiding, will you bear fruit.”

“Abide,” we know, means to live. Live in Jesus. We think we know what living in Jesus means, but do we really? Over the years, I’ve lived as though I thought abiding in Jesus meant using Jesus as a kind of fueling station in the course of living out my mission. I would come to him for encouragement, comfort, rest, and wisdom, he would give those things to me, filling my cup or tank, and then I would zoom off, going about my day or week largely disengaged from him, vaguely aware of his presence, but not really connected. I would lead and do my work out of my gifting, my strength, my flesh, maybe those reserves he had given me, until I ran dry. Then I would return to the heavenly fueling station for more of what I needed to do it again.

I don’t think I’m alone in this way of living; but this is not abiding. And, if I’m reading John 15 correctly, Jesus is telling me I may be doing something as a result, maybe even some outward good, but I’m not bearing spiritual fruit. Because I’m not abiding.

As I think about what abiding looks like, I’m drawn to another great figure of Scripture, maybe the greatest leader leading the most difficult people of all time: Moses.  As nearly as I can see, with the exception of perhaps some early training on public administration while living in Pharoah’s household, Moses didn’t have a lot of formal leadership training; he didn’t read a lot of books on leadership or get a master’s degree in it.  Instead, Moses was a friend of God’s, knowing him deeply. From the depths of that relationship, he listened to what God told him to do, and then he did it.  He was intimate with God, he listened to God, and he was obedient to God. That’s what abiding looked like for Moses, and how he led.

Easy to say, but harder to do. Even for Moses. He certainly didn’t start off doing any of these things. He was very much a “take your destiny into your own hands” kind of guy, relying on his own strength and gifting. When he saw injustice, in the form of an Egyptian beating one of his people, he didn’t seek God’s counsel on what to do. In fact, there’s no real evidence he had much of a relationship at all with God at that point. At 40 years old, he may not have been any more intimate with God than the least intimate of us. As a result, he took justice into his own hands, killing the Egyptian and burying his body to cover up his crime. He was found out, and became a fugitive.

If you’re thinking about “abiding in Christ,” 40-year-old Moses is not your model. Over the next 40 years, however, God put him through the wilderness, humbling him, tempering his spirit, smoothing down his rough edges with the sands of time. When he’s next rescuing someone, Jethro’s daughters, he’s chasing the marauders off, not killing them. This is the Moses who has begun to listen to God’s voice, who is ready to turn toward the burning bush to see what it might be and what God has to say, who is beginning to follow, however reluctantly, God’s call on his life. This is a leader God begins to use to influence others, humbling Pharoah and leading the people out of Egypt. The 80-year-old Moses has begun to learn to abide, to love God as a friend, to listen to his voice, and to obey.

But obedience isn’t perfect, and Moses still has things to learn. He’s still a work in progress, still a failure at times, still thinks he gets what God is telling him and “can handle things from here.” The first time God commands Moses to bring forth water from a rock to quench the people’s thirst, he commands Moses to strike the rock. Moses does, and water comes miraculously forth. The second time, at Kadesh Barnea, he commands Moses to simply speak to the rock.  Moses, angry at the people’s disobedience and believing he already understands the “gist” of what God is saying, instead strikes the rock.

Have you ever thought that maybe God wanted to use this instance as one of His many metaphors to foreshadow Christ’s ultimate work: that Christ would first have to be stricken so that living water could be brought forth for the people, but afterward it would be ours just by asking for it? And, that Moses ruined and undermined God’s lesson for the ages through his anger? Moses was working against God here, and there’s a consequence. The 80-year-old Moses is in the process of becoming, but only imperfectly abiding.

Conversely, at 120 years old, Moses is a leader in full. Scripture says he is still strong and capable, and yet God tells him it’s time for him to go up to Mount Nebo and die, living out the consequence of his unfaithfulness at Kadesh Barnea. Moses has trained up Joshua to replace him, and God commands Moses to prophesy against Israel, to tell them that they will be unfaithful against God, but God will be faithful to them. Moses prophesies as told, then heads up to Nebo, all without complaint or request for appeal.

Moses is completely obedient, a leader in full, because He is deeply intimate with the Lord. He has spent hours and days and weeks in God’s presence, gazing upon his being. He is a friend of God, constantly beside him. He doesn’t see God as a fueling station, but as his constant companion. He walks with God, drawing strength and wisdom from him moment to moment. God’s heart has become his heart, God’s desires his desires. And, so, when God leads him to the summit of Mount Nebo, and shows him the Promised Land, I think Moses realizes that crossing over the Jordan and going into Canaan, what Joshua and the people of Israel are about to do, is actually the metaphor, and Moses is living out the reality- he’s the one who is entering the real Promised Land: the fullness of life with his God. So, he is ready.

Great leadership, of our homes, our workplaces, and the people God has given us, comes from spending time in God’s presence and surrendering to his love. It comes from letting the realization of how deeply and fully we are loved transform us into people who have the heart and mind of Christ, who think what he thinks and feels what he feels. Leading, then, becomes simply listening to his voice and living out of the fullness of that intimacy, letting his love flow through us to those we lead, a supernatural love that’s impossible on our own. We have to be patient, pressing into the Lord daily and letting him do his lifelong work in us, then trusting that he will. In this way, leading is living out the daily presence of our God.