You are here: Home / Christian Education / On Suffering 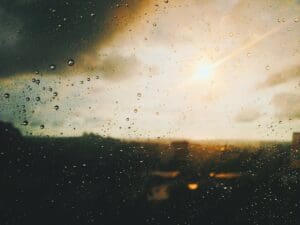 The most challenging question in humanity, certainly of our faith, is “Why is there suffering in the world?” I’ve come to learn that this is the right question.

For Christians, the wrong question is “Why do good people suffer?” Thinking of the question that way assumes a completely different way of looking at life than that established in Scripture. It assumes that there actually are good people, who do mostly good things, and who are therefore entitled to good rewards from God, as well as bad people who should be punished for being bad.

The problem with that is us. None of us are really wholly good, are we? We’re always acting with some degree of selfishness, even when we’re doing objectively “good” things. None of the “bad” people are completely bad either, and I have many Christian friends who, by their own admission, would testify they were once bad people doing bad things. If we received good and bad by whether we were good or bad, for which actions should the cosmic scales of justice judge us?

Scripture actually shows that we are all bad people, and the “two types” are those who have accepted the atoning sacrifice of Jesus’ blood on the Cross as the penalty for their sins, and those who have not. But none of us are promised a suffering-free life; quite the opposite. Jesus promised, “In this world you will have trouble, but take care, I have overcome the world.”

Therefore, the real question isn’t “why do bad things happen to good people?” but “why are there bad things at all?” Why is there suffering in the world? Why are millions of Ukrainians having to flee their homeland because of ruin and war? Why did my friend who is a pastor lose his children in a car wreck last year? Why is my father struggling with cancer and dementia? Why are you suffering?

The painful answer to this question is also, frankly, us. There’s a famous story in which the turn-of-last-century London Times sent an inquiry to a number of then-famous authors, one of whom was G.K. Chesterton. The Times asked the authors to ponder and reply to the prompt, “What’s wrong with the world?” Chesterton’s reply?

The sin of man creates the world we live in. Humans were God’s regents, His rulers over the earth. Our rebellion and broken relationship with God was so cataclysmic, so complete that it led to brokenness, not only in our relationship with God, but our relationship with each other in community (making things like wars driven by human conduct and selfishness possible); man’s relationship with himself (causing depression, anxiety, and other forms of loss or brokenness of identity, sometimes leading to addiction, and alcoholism, and drunk driving, and kids dying); and to humans being broken in relation to Creation (unleashing all sorts of ills, from the cancer in my dad to the COVID that’s taken several of our friends, to the tornadoes that ripped through the South last week).

All of this resulted from “capital S” sin, the fallen state of humans and the impact of our rebellion on all Creation. Jesus addressed this point with his followers when a group of them shared with Him a brutal story of a group of Galileans who Pilate had killed and then used their blood to mix in with Roman sacrifices- an abhorrent offense to the Jews.

Jesus responded “Do you think those guys were any worse sinners than y’all? Or what about those 18 who died when the tower at Siloam fell on them (another horrible event that had recently happened)? Do you think they got it worse because they were more guilty? Life doesn’t work that way. All y’all have to repent or everybody perishes!” (East Texas paraphrase of Luke 13). We’re all dead in sin, and we all suffer because of it; all of this is of our making.

The good news is that Christ comes to restore it all. We live in the “now, not yet” of history, where Christ has come to die and be resurrected, paying the death for sin and making it possible to be restored to the Lord, but not yet fully restoring the world to its final glory, when all will be made new.

Our natural inclination, living in this “now, not yet” broken world in which we have the promise of restoration yet are still living out our fallenness, is to try to avoid suffering and death, as if such a thing were possible. As long as part of the world is still fallen, suffering is still an inevitable part of our human reality. Yet, the beauty of our faith, of Christ in Gethsemane and on the road to Calvary, is that he calls us to a completely new, transformational mindset regarding approaching this inevitable aspect of our being. He invites us to view suffering and even death in a completely different light.

In “Show Me the Way,” Henri Nouwen notes that Jesus doesn’t glorify suffering, or call it beautiful, good, or desirable. He acknowledges it for what it is–challenging, difficult, and a trial. Instead, “the core message of Jesus is that real joy and peace can never be reached while bypassing suffering and death, but only by going right through them.”

Somehow, God has taken this awful reality we created through the disobedience of our first parents and ourselves, and brought forth beauty from ashes. Character is forged in suffering, and while there’s nothing beautiful about suffering, nothing truly beautiful in our hearts can be realized without it. In our current reality, the fact that God brings forth ultimate good from inevitable hard makes Him infinitely gracious and kind. It doesn’t have to be this way. We could just sweat it out until we die. Yet, God sets it up to train us for what is to come, what author Russell Moore calls “the internship for the eschaton.”

The problem of suffering in the world is not in its existence, but in our perspective. Even though we can’t escape it, Nouwen notes, there’s still a choice. We can deny the reality of life, try to numb it with sex or alcohol or buying stuff or something else, or we can face it, not in despair, but with the eyes of Jesus.

When we face it with Christ’s eyes “we discover that where we least expect it, something is hidden that holds a promise stronger than death itself.” God’s love is stronger than death, and life, a renewed hope, joy, and strength in this world and a new world free of suffering in the next, is the true last word.

Last week, I was in Rwanda for work. While there, I visited the Genocide Memorial. During 100 days in 1994, an act of horrific ethnic violence resulted in the deaths of around 600,000 people. On the site of the memorial alone, 238,000 are buried. The American Civil War, the worst in American history, claimed that same number of lives over a four-year period. In Rwanda, just 100 days.  It’s hard to get one’s mind around that horror. Yet, Kigali, its capital, is today a rebuilt, progressive, beautiful city. Thirty years later, it is the safest city in Africa.  The nation of Israel was birthed from the Holocaust; lives are saved from eternal death and separation from the redemptive testimony of pastors who have lost their kids; and, beauty and riches have come from my father’s illness, as well. More on that later.

Is it all worth it? In our current economy of life, maybe, maybe not. But, in the hope of Jesus, these little glimpses of goodness, of redemption from suffering in tragedy, are but the smallest down payment of the extravagant, outrageously good restoration that is to come- when Kigali will make Wakanda look like Arp, Jerusalem will be new, girls taken prematurely and sick daddies will have perfect, new bodies and minds. That’s the promise of Lent, and of Easter.