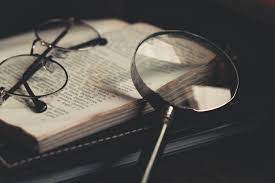 There are several topics I just don’t really want to write about, not because they’re not relevant or because I’m particularly afraid of the topic, but because, given their complexity, they are so rife for misunderstanding that I’m concerned that I won’t be able to treat them fairly and well within the confines of this blog. Critical theory in general, and critical race theory in particular, is one of those topics. I’ve resisted writing about it until now, hoping a subject so naturally academic and obscure, that few people really understand, will not have much staying power (I’ve read a couple of books on it, and, quite frankly, I still struggle with the concepts).

Nevertheless, discussion of critical theory is so pervasive in the media that we even get questioned about it here at Grace.  So, I felt it was necessary to write about CRT, our school’s general position, and one (I pray), but not the only, gospel-centric perspective.  Many deep-thinking followers of Jesus have written much more powerfully and thoroughly on this topic than you’ll read here, so I’ll encourage you to read broadly on it.

Critical race theory is a subset, a type of critical theory, and I’ll make the distinction below, but I’ll focus primarily on critical race theory, or CRT, because that’s what seems to grab the headlines.  Critical theory and CRT are not ideas we teach at Grace as a normative, affirmative, accepted part of our curriculum, based upon their overall incompatibility with a biblical narrative of life. If we address these topics at all, we do so at the upper high school level, in an apologetics/analytical context, distinguishing these ideas from a gospel-centric perspective of the topics they purport to address.

First, I’ll discuss some problems with CRT through a biblical lens. A lot of these thoughts come from an excellent article from Neil Shenvi and Pat Sawyer from Christianity Today entitled, “The Incompatibility of Critical Theory and Christianity.” It’s important to note that, as is true with most ideas, not every idea from CRT is completely false. For example, one of the major ideas of CRT is that race (as historically and legally defined) is a social construct, a socially-created idea, rather than one from human nature or biology. This means that those defining categories on applications, forms, and in other areas of life– “white,” “black,” “Hispanic/Latino,” “Asian,” etc.– are not biblical, God-created categories, but human-created ones. Instead, the Bible talks about ethnicity. God created and organized us as nations, as people groups, as diverse beings, as Ethiopians, and Egyptians, Assyrians, Africans, and Americans, with distinct cultures and languages. Ethnicity is a gift from God, and is not defined primarily by color or class.

Second, although power is a gift from the Lord given to man to promote human flourishing and to unlock the potential of creation as God’s stewards over the earth, power can and has been used by sinful humans to abuse or take advantage of each other, including (but not limited to) based upon racial and ethnic differences. And, because organizations are made up of human beings, some (but not all) organizations can and have perpetuated abuse and taken advantage of people. I saw an example of that the other day as I was watching an episode of a show called “The Morning Show”, premised upon a network television show that had perpetuated a culture of sexual abuse. Similarly, other organizations may perpetuate cultures of ethnic prejudice.

CRT is biblically compatible in distinguishing ethnicity from race and in identifying that sinful humans tend to abuse power.  Those things are true.

Where CRT runs contrary to a gospel-centered perspective of truth is when, as often happens as applied, it purports to serve as a metanarrative, or to give answers to life’s biggest questions: Who are we? What is our fundamental problem? What is the solution, and how should we live? Christianity contends that the arc of this story runs from creation to redemption, beginning with creatures made perfectly in God’s image, who fell into brokenness and death through sin, who needed to be saved through the atoning work of Jesus Christ’s death and resurrection, who now love God and neighbor as Christ’s Church, and who will one day be restored to a fully-redeemed creation.

Critical theory’s arc runs from oppression to liberation. People are generally categorized by some characteristic (in the case of CRT, the characteristic is race, but in other forms of critical theory it may be gender, sexuality, economic status, or some other marker). Based upon these characteristics and whether those categories have historically been associated as holding cultural power, they are categorized as either a dominant group or a marginalized, oppressed group. These are their primary identities. Their problem, according to CRT, is oppression by the dominant group over an oppressed group, and the solution is for the oppressors to divest themselves of power and seek to liberate others, or for the oppressed group to acquire power and liberate themselves, in the process dismantling those cultural structures that cause oppression.

According to God’s Word, we are created as social beings, in relationship with God, with others, with creation, and with ourselves. Critical theory understands all relationships in terms of power dynamics, and offers a different, contrary perspective to the gospel for how Christians understand those relationships.

What’s more, critical theory generally views power in a distorted, fallen manner. A biblical view holds that power is a gift from the Lord to enable humans to unlock creation, to glorify God, and to promote human flourishing; power is an infinite resource, and by empowering others, we grow ourselves and make them more. The greatest example is Christ, who set aside His heavenly power to become a servant, and in so doing unleashed His glorification and our ultimate salvation. Critical theory describes power from a scarcity mindset, as a finite commodity that must be given or taken one from another, and that is used as a weapon, rather than a gift.

CRT is biblically incompatible by asserting that all power is bad and that the ultimate story is about oppression.  Those things are false.

For these reasons, Grace doesn’t teach critical theory as an overall credible narrative for viewing history or relationships.  Yet, perhaps the greatest reason, is that the gospel provides a greater, richer, truer, and God-breathed story about how we are to relate to each other through our differences and similarities.

God created us all in His image. He’s given us ethnicity as a gift. (Acts 17 and Genesis 3). Not only has our diversity in ethnicity been given to us from the beginning, but ethnicity will be a part of who we are for all eternity (Revelation 7, 21, and 22). It is a beautiful aspect of our being that, like God making us male and female, allows us to better reflect the fullness of who He is. Without it, we are lesser image-bearers than with it.

Yet, because we are sinners by nature and by choice, we use these differences to consistently create alliances and divisions. While we use power to build and create, we also sinfully use it as a weapon to harm and take advantage of each other.  This has been the history of mankind since the fall: the Egyptians, the Assyrians, the Babylonians, the Romans, the Jews, the Christians, and the Americans. It’s why Jesus had to remind his disciples and the Jews to love others not like them through parables like the Good Samaritan, and the way He loved the woman at the well (a woman of ill reputation, who was both a Samaritan and of suspect theological heritage). It’s why Paul had to remind all of us, in every generation, that “There is neither Jew nor Greek, there is neither slave nor free, there is no male and female, for you are all one in Christ Jesus.” (Gal. 3:28)

This is our past, no matter who we are, and it’s our present, every time bias or prejudice creeps its way into our hearts (and it does, just like every other sin, like lust, anger, or pride, no matter what our ethnicity).  Yet, as followers of Jesus Christ, redeemed by His blood, the answer to our sin isn’t shame, or name-calling, or canceling each other, or any of the other fallen, broken, insufficient substitutes for atonement our society calls solutions. Our cure is redemption, and it’s the only real one: falling upon the atonement that’s already been offered, and the battle already won. We repent, and fall on the name of Jesus, and purpose to live better and well.

We’re called by Jesus to be agents of redemption, to testify to His power by reconciling what was separated into something whole. The Body of Christ, the Church, testifies to the reconciling power of Jesus Christ, and we testify to it when we are intentional in bringing about reconciliation. This means calling others into a life-saving relationship with Jesus, but it also means crossing ethnic, economic, gender, and other cultural lines to do so. We have to be intentional about this, because, generally, our human nature won’t let it happen by default. We know this, right?

Because we love Jesus and want to follow His Word, we always have to make sure that the default lens through which we look at life is a biblical one, and that we never let CRT, or a political concept, or any other idea that doesn’t pass muster through the gospel mislead us. But, we always have to do so with love. Our ancient enemy wants us to accuse each other over issues like these, which He then uses to divide us, alienate us from others, and make the discussion about something other than the true gospel, which is the only sufficient lens and our only hope.  As believers, we have to be unequivocally for the gospel of Jesus.

Jesus condemned the Pharisees for “swallowing a camel and straining out a gnat.” (Mt. 23). He condemned the church at Ephesus for having correct doctrine, yet forgetting their first love. If we adopt the theologically-correct position on CRT, but, in the process, we fail to love others who aren’t like us the way God calls us to do, use it as a reason not to talk to our brothers and sister in Christ about what may be difficult issues surrounding ethnicity, or turn on and “cancel” our brothers and sisters in Christ, are we really any less worthy of condemnation than the Pharisees or the Ephesians?

This is what it means to be full of grace and truth. John tells us Jesus was both, and as His people, so must we be.