You are here: Home / Christian Education / Freedom to Serve 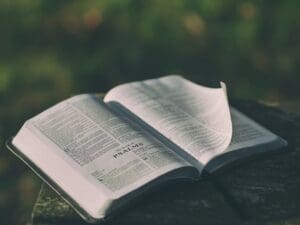 I believe that one of the ways Satan divides us as people and as a church is to take words, maybe even words with distinct biblical meanings, and twists and mis-defines them in such a way that interaction over them creates misunderstanding and conflict. One recent example of this phenomenon involves the word “equity.” There’s a completely biblical definition of that word; it’s used multiple times in the Old Testament, notably in Psalms 75, 96. 98, and 99. God is described by the psalmist as ruling and judging with equity. The British and American judicial systems have used equity as a central concept since the dawn of the republic, informed by Judeo-Christian thought. When good parents discipline their children (if they have more than one),they are equitable in their treatment of each child: fair and as impartial as possible, using one standard that may be different when applied to different people with different inclinations and circumstances, in order to achieve a just result. But, when equityis misused or improperly defined, it leads to all sorts of conflict.

We may be tempted to simply abandon words that have been mis-used or misdirected this way, thinking that avoiding them helps us avoid conflict. And, that’s just what Satan wants, because he’d love to take God’s words out of play. As followers of Jesus, his hands, feet, and tongue, I deeply believe our role is to neither misuse or avoid words. It’s to redeem them.

“Freedom” is a word like that. The other day I heard Michael Keller, son of Tim Keller and pastor of the Redeemer- Lincoln Square campus in New York City, discuss the ways our current cultural construct distorts the concept of freedom to not only create conflict and confusion, but in such a way that it leads to heartache, pain, and captivity, outcomes that are the very opposite of those ideals for which its proponents attempt to advocate.

Freedom is a creational good. God, who is a good and loving God, loves us and wants us, as His image-bearers, to love as He loves. But, love isn’t love if it’s compelled. Love inherently involves choice. And, so love requires volition, will, and will requires freedom- freedom to act, freedom to live, freedom to think, believe, and choose. Freedom to love.

This freedom isn’t absolute, however. In its pure form, it’salways freedom with responsibility, the freedom with which Joshua challenged the people of Israel: “choose this day whom you will serve…but as for me and my house, we will serve the Lord.”  (Josh. 24). Freedom is freedom to choose who or what we will serve.

The modern definition of freedom, what most people in our culture mean when they use that term, is the ability to do whatever I want, whenever I want, with whoever I want. In our culture, this definition of freedom isn’t unfettered: it’s virtually unlimited. And, yet, it has its own “morality,” or etiquette, attached. The first limit is that we must exercise this expansive freedom in such a manner that it doesn’t harm others. The second limit is that our exercise of freedom doesn’t cause us to discriminate, defined by this “moral code” as telling other people what they should do. Defining freedom this mannerseems superficially attractive: it’s a free country, after all. Why shouldn’t I be able to do whatever I want?

It doesn’t require much digging under this shallow surface, however, to see the captivity in this concept of freedom. First, defining freedom as doing whatever I want, without limitation, by definition rules out love. Love involves actually sacrificing one’s freedom for another. Love isn’t a transactional relationship–I’ll do this for you if you do this for me. It’s more like a covenant–I will give myself for you even if you don’t treat me well. (Ask any mom!).  The modern definition of freedom– freedom without constraint, without sacrifice–undermines all commitments based on love, including God’s commitment to us.

There’s also the problem of ethical harm. None of us live in a relational vacuum. We all live in community with, and in relationship to, someone else. This means there’s nothing we can do that’s potentially harmful to ourselves that doesn’t harm other people. If my children do something that might cause them harm, you can rest assured it’s going to harm me-I’m going to be sick with worry, lose a lot of sleep, and probably get an ulcer. I will definitely be harmed. Someone is almost always potentially harmed by someone else’s exercise of freedom, if the choice is a bad one. Even if it could be perceived as a “good choice” from one perspective- like spending all my hard-earned money on myself–someone who could be benefitted by another choice, like giving some of it away, is now harmed, or at least adversely affected.

And, who gets to define whether “harm” is caused by the choice, anyway? Keller gives the example of asking whether the choice to require people to pay higher taxes helps society, or causes harm?  Some people would argue that higher taxes are very helpful; others would say they are extremely harmful. It depends on who you ask. If the standard is “as long as no one is harmed,” choice dictated by who gets harmed will invariably always be defined by whoever happens to be in power at the time, which doesn’t sound like freedom at all to the guy or gal who may actually be harmed by the actions of the powerful, at least from their perspective.

Real freedom, as God created it, always means making a choice to subject oneself to limitations, to accountability. Real freedomcan’t be truly unfettered; it always means binding oneself to someone or something. Whatever or whoever you choose tobind yourself to, that thing or person will make demands on you, and hold you accountable. If I decide to exercise my freedom through overuse of alcohol, or sex, or exerting power over someone else, even if I somehow justify exercising my freedom in choosing those things by claiming they don’t hurt anyone else, they will make demands on my life, shaping me, molding me, and holding me accountable to their use, until they motivate and drive me. That thing to which I have bound myself will eventually become my master, and I will be its servant.

The best restrictions, the best freedoms always bring accountability: the joy and goodness of being responsible for others and answerable to them, to bind oneself to other people, to become one with a community. To do so brings life, but always means sacrificing something. It means I don’t get to live any way I want. It means sometimes I sacrifice my “rights” to make you safe, or comfortable, or feel loved or cared for. Just because I can do it differently, doesn’t mean I should.