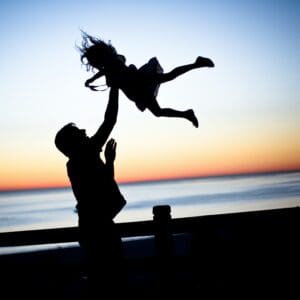 Last week, I wrote about Christian education being a completely other thing than its public counterpart. That’s because Christian education is intended to train up completely different people. As followers of Jesus Christ, given a new heart regenerated by the Holy Spirit, we’re to be transformed by the renewing of our minds (Rom. 12:2). We’re to think in completely different ways about the world around us, about everything we say and do. As Calvin professor, author, and philosopher James K. Smith said in the quote I used last week, we’re to be a “peculiar people, a people who desire the Kingdom of God and thus undertake their vocations as an expression of that desire.”

A vocation is a calling, something that God calls us to do, live, and be. Our greatest calling is to be His child and disciple, enjoying His presence and living as Christ lived as an outpouring of a love relationship with Him. We may also be called to serve God in a particular way, ministry through work. And, most of you reading this blog are called to parenting, to raise up young men and women who will also be peculiar, meaning set apart, not like the world around them, distinctively Christian, desiring the Kingdom. If we are going to raise children who are peculiar in this way, we have to parent peculiarly.

There’s no shortage of parenting advice out there. Authors, podcasters, bloggers, your friends, your own parents- everyone has advice on how to parent your kids. And, there are pressures; pressure to conform, pressure to ensure success, whatever that means, and pressure to be seen as a “good” parent, however that’s defined. I realize that in writing this blog, in many ways I’m just adding to the cacophony of advice. So, I’ll keep it tied to God’s Word, which is always true and reliable, and is in itself peculiar from so much of what one hears out there.

Here are some thoughts on what it means to parent peculiarly, to raise children of the Kingdom:

It’s easy to forget. Once again, we’re assaulted daily by a set of popular expectations and outcomes that are completely different from Kingdom-shaped ones.  We all know the “Great American Goal”- that the purpose of schooling is to get our kids into a good college, so they can get a good job, so they can make a lot of money, so they can…? This is where it usually breaks down. What comes next? To buy a lot of stuff? To buy their happiness? To define their self-worth by their net worth? What about something more esoteric, like becoming a good American citizen, or self-actualized? Or, more darkly, being smart and successful in order to affirm us and our parenting?

If our goal for our kids is true joy, contentment, peace, and love (and, really, isn’t that it?) we know none of those things will ever really come from pursuing any of the common cultural goals as most critical. There’s only one, and I love the way my beloved wife used to define it for our girls: “I don’t really care how smart they are, I just want them to love Jesus.”  She actually cared a great deal that they were well educated, that they learned, and that they gave their best. But, her priority was that their deepest love, their deepest hope, their one great passion, was Jesus.

I’m not going to tell you we never strayed from that focus, but we really prayed and tried to default toward it.  For us, it was the only way learning and effort could become more important than grades; character, teamwork, and skills could be more important than performance; and, social skills and graces more take precedence over popularity.

In his book, Seven Habits of Highly Successful People, Stephen Covey talked about the keystone practice of “beginning with the end in mind”- knowing where you want to head before you begin anything in life.  It may not be exactly where you ultimately arrive, but your planned destination will determine your key decisions along the way. As Christian parents, prioritizing peculiarly- choosing to make our most important outcome and desire to shepherd and steward our children’s hearts so they will love and serve Jesus–is the most important decision we can make about their future.

I’m convinced our prayers softened the hardened soil of my children’s hearts, so that Mrs. Davin and Mrs. Harden could faithfully do their work, and the gospel would find purchase in their tiny hearts on those beautiful days when the Spirit came calling for them. I’m convinced our prayers helped heal my middle from her six-month bout with mono her sophomore year. And, I’m convinced that our prayers (even when I didn’t want to pray, or at least not that kind of prayer) allowed them to feel empathy and compassion, instead of anger and compassion, for those who had hurt their hearts.  And, I know that my prayer is now my greatest gift to call down the power of Heaven to empower my adult children as they are hurting, struggling, or confused. Nothing but prayer was ever any good for changing my children’s hearts. Nothing beats prayer to change my own.

One never stops being a parent in the lives of one’s children, even as adults. The role just looks different and more hands-off as the seasons change. From life-support system, to trainer-in-chief, to navigator through preteen and early teen years, to coach moving gradually toward the sidelines, to taking up permanent residence there, to moving up in the press box, watching their lives unfold, calling down on the phone periodically, mostly when called and requested.

This whole parenting process is one of gradually preparing and releasing, getting out of the way and letting the Lord be Lord of their lives. His is their primary, first relationship; we are secondary. That’s a hard one, because they come from us, are so bonded and anchored to us early on, that the thought of anything or anyone being more important to them than we are can make our hearts hurt. But, the reality is that our kids will never love us as much as we love them, as deeply or sacrificially. God didn’t intend it that way, and only gave us that kind of love for them so we’d understand His love for us.

This means their whole lives will be a process of pulling away, that your life is a process of preparing them to do so, and parenting peculiarly means asking God for wisdom to know when it’s time to move from one phase of involvement to the next, less-actively involved phase.  This is the trick, because most bad parenting I’ve seen that isn’t outright neglect is mostly a matter of too much involvement, applying an earlier phase of engagement when a kid is ready, and desperately needs, for mom and dad to back off to a more mature level.

How is this skill, this ability to move deftly from one phase to the next, parenting peculiarly, and different from non-Christian parenting? Because God has given us the great gift of knowing Him, His presence and His love, and the confidence and trust that He loves our kids more than we do, sees farther than we do, and has bigger plans for our kids than we. We can prepare and release with confidence and hope that someone definite and eternal has got them.

Parenting peculiarly is peculiar because it doesn’t make sense to most. Following the traditional pursuit of American materialism, white-knuckling it through the exertion of anxiety-laden control, and helicopter and lawnmower parenting bred from fear seem the default mode of our times. You’ll be thought strange if you do things differently. But, to be a follower of Jesus is to be strange, to confound the world, and to make and raise kids who are, too.  We’re peculiar people serving a peculiar God.