You are here: Home / Uncategorized / Scars 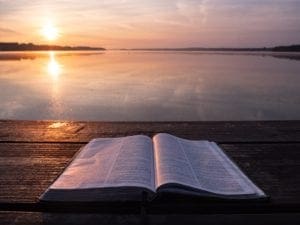 The day I learned to walk was momentous for two reasons. One, I became a two-legged creature, as I have been and will be every day of my life until I start using a cane. Second, I earned my first scar. Mom tells me I proceeded to wobble over to the ironing board, where a hot iron was resting upright, reached up and shook the board (I was a late walker, so I could reach that high), and brought the iron down on top of my hand, earning an immediate trip to the hospital and a third-degree burn. Now, 50 years later, I still bear the scar from that fateful day.

Scars are an amazing phenomenon. They are the body’s way of covering an old wound, providing protection and cover from further injury and infection, and promoting healing. At times, scars also become unattractive blemishes and imperfections, wrinkled, purpled, and, at times, painful.  There’s a whole industry dedicated to lotions, creams, and salves to help us make scars go away. In most cases, however, like the scar on my hand, we carry them with us until we die.

My mom and dad were divorced when I was five. My father remarried shortly thereafter, and lived with a new family. There’s been a lot of redemption, healing, and forgiveness in that story, by God’s grace. As a five-year-old, however, it was difficult not to feel rejected and abandoned, like I wasn’t good enough, like there was something wrong with me. As I became older, these primal experiences (among others) of rejection and lack of control led to my becoming a driven person–one gratified mostly by achievement and accomplishment; who found comfort in making things happen, only interested in growth and expansion; rarely having time to appreciate or celebrate the good things in life; highly competitive, seeing things in terms of winning and losing; becoming frustrating and angry when things didn’t go my way or meet my expectations; and, boasting in my busyness, and having a hard time relaxing or being still.

Through all these early experiences and perspectives, I saw my heavenly Father as a benevolent taskmaster or boss. He loved me, but I was clearly His servant, charged to work hard and do well, and that He would line me out for work in my quiet times, then I would go out in obedience, getting my work done and making Him happy. Given that perspective, it was difficult not to see myself as earning His approval.

A few years ago, God brought me to a deeper understanding of who I was in Him. God began to change my perspectives, revealing Himself instead as loving Father, and myself as His beloved son, in whom He is well pleased, not for anything I’ve done, but because He has chosen to love me and redeem me through Jesus. As I’ve heard author Gordon MacDonald describe it, I no longer saw myself primarily as driven, but called– stewarding what I’ve been given by God, rather than in charge of these things; having a strong sense of identity in who I am in Christ, rather than in the things I do; having a sense of purpose rooted in giving glory to God, rather than achievement; and, a commitment to holding the things of this life loosely, trusting in the Lord.

And, yet, even in my healing, I still bear the scars, of past pain and hurt. We all have these scars, whether it’s past hurt, pain, struggles, or addictions. Sometimes they’re things that happened to us; sometimes they’re the remnants of our own past wrongs. God provides healing if we’ll allow it, but we have to figure out how to live with our scars.

Our human nature, rooted in shame, tries to cover up the scar. We try to prove we’re presentable. Now that the scar is part of our past, we think if we work really hard and prove we’re acceptable, we’ll somehow wipe away the scar, putting salve on it. Scars can be a motivator for trying and working even harder to earn acceptance from our Father or others. Satan can use our scars against us, telling us, “Sure, you’re saved and healed from them. Now your job is to clean yourself up, not to let anyone see them or share them, put them in your rear-view mirror.”

But, is that really how we’re supposed to treat a scar?  In this Easter season, I think about the resurrection of Jesus. When His disciples saw Him raised from the grave, He still bore the scars of crucifixion on His hands and in His side. It didn’t have to be that way; He could very well have risen from the dead with a body completely wiped clean. I think Jesus was trying to teach us something really important about our scars.

Instead of cleaning ourselves up, or even asking God to clean us up, can we fall back on our scars, keeping them, and allowing them to serve as visible reminders of our brokenness and of God’s redemptive work in our lives? Can we admit to ourselves who we once were and be okay with that, finding ourselves truly acceptable in our own eyes, Christ’s blood covering our brokenness, or do we have to make ourselves “better” to be acceptable?

Maybe the reality isn’t that I’m not now called instead of driven, but that I’m still both driven and called– that those two things, fueled by the hurt of old wounds and by the redemptive work of Jesus Christ–are still a part of who I am, and always will be. I am still complete and broken, success and failure. These scars are a part of me, and I don’t have to get rid of them–what’s more, I shouldn’t cover them up, because they are testimonies to Christ’s work in me.

None of this is an excuse to sin: as Paul says, “shall I continue in sin so that grace may all the more? May it never be!” But, what if the atonement offered by the blood of Jesus at Easter is so incredibly complete that it not only pays the penalty for my sin, but breaks through my brokenness and is glorified in it and through it?

It’s not a parent’s or a Christian school’s job to squeeze the sin or brokenness out of a kid–we act and believe as though we expect or believe that to be the case, but we’re wrong, because that’s not the gospel.  A parent’s or Christian school’s job is to introduce a kid to the gospel of Jesus and to a relationship with Him in the hopes that the kid will embrace the gospel and that relationship, and that in the midst of His brokenness, He will be saved and God will be glorified.

For Jesus, on Resurrection Day, scars were a welcome reminder of excruciating pain with a profound purpose, and of sublime victory over death. They are for us, too.