You are here: Home / Uncategorized / Stripped Away 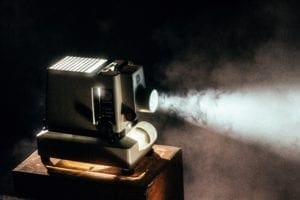 It’s almost Academy Award time again, and one of the upsides to COVID and the shut-down of movie theaters across the country is that most movies that will be nominated for awards have already appeared on Netflix, Amazon Prime, or one of the other streaming services for months. I saw one the other night that has some Oscar buzz associated with it. The Sound of Metal is the story of Ruben, a drummer playing in a small-time heavy metal duo with his girlfriend, Lou. A recovering addict, Ruben has reached a new normal, a somewhat peaceful stasis in life: on the road with Lou, every night a new town in the Airstream semi-dream that has become their life. They have hit a routine, maybe not great, but better than what they once knew. One night, however, everything changes. Ruben begins to lose his hearing, quickly and dramatically, quite the liability for a rock drummer.  Panicked and afraid, a friend directs him to a residential facility, run by a local church, for hearing-impaired, recovering addicts.

Having sent Lou away in order to seek treatment, Ruben finds a new, tentative home among these damaged yet hopeful people, led by a wise Vietnam veteran named Joe. Here, Ruben learns of the possibility of cochlear implant surgery, a very expensive procedure he believes will restore his hearing, but one that will require everything he has, and then some. Joe encourages Ruben to instead find peace in his new self, his new home. The remainder of the film charts Ruben’s struggle between returning to the comfortable, yet incomplete world he once knew, or finding a new way forward. Although I won’t share the film’s ending, as in life at times, it leaves us unresolved.

This film haunted me for several days, mostly because it is my story, and probably yours if you walk in Christ.  At several times in my life, through job changes, loss of loved ones, or even deeper understandings of who God is and what He wants to be and do with me, I’ve been where Ruben is. Maybe you have, too. We have something stripped away from us, and we think that if we just had it back, we could be restored. If we believe that relationship or thing may somehow be retained or recaptured, we may go to the extreme, sometimes even lengths that are damaging to ourselves or others to get it back, thinking that by hanging on, by going back, we can find the comfort, stability, and peace we have lost.

But, God doesn’t work that way. When He’s ready to move, to change us, to make us something better or holier or more, he strips these things away. God’s desires for us are always greater than our desires for ourselves. There are patterns of thinking, ways of doing things, things which may have even served us well in the moment, that can’t be any longer if we’re to continue to grow and flourish. Like the good pianist or golfer becoming great, we must be unmade to become remade.

Sometimes, these things are relationships that are taken from us. Sometimes, their things we believed gave us our identity, value, and worth, our sense of who we are. At times they were things or people we believed so fundamental to our beings that we never thought we could live without them. We strive to hang onto these things, clawing and scraping, because we think in them we find peace, or life. Yet, God strips them away to show us there’s only one truly fundamental thing, and that He wants to do so much more in us.

There’s a great scene in the movie where Joe, the facility’s leader, encourages Ruben to get up early, to sit alone in the newfound silence of his deafness, and simply be still. Ruben, who has perhaps never been truly still or quiet in his entire life, looks at Joe as if he’s crazy, seeking explanation. Joe helps Ruben realize that, “in the silence and stillness, there is the Kingdom of Heaven.” The process of stripping away brings a clarity, a stillness, a silence, and simplicity, that allows us to more clearly see the face of God.

The times in my life when God stripped down to the studs what we previously built­–whether it was leaving the practice of law I had built to become development director at Grace, or when, a couple years later, God threw me into the position of being head of school, a role for which I was completely ill-equipped, or in many other times and places that are still too private and painful to detail here–God has always used these excoriating experiences to refine me, and those around me, toward a new sense of peace, a new realization of God’s goodness, and a new knowing of who I am in Him. If I’m honest, part of me fought that process every time, believing that going backward, to what was, was the way.  All along, God wanted me to be stripped down, built up again, remade, and renewed.

We can and should mourn what we’ve lost, what’s been stripped away, if those things or those relationships were, in fact, good. They are a critical part of our story and of what God once wanted to do with us, the abundant hard-won fruit of some prior, painful experience. That feeling of joy in the presence of another, or the comfort, stability, competence, and security of knowing what we were doing, was good, and will never leave us. But, that chapter is over now, and new peace and hope lies in moving forward, in fully becoming, and this repetitive process of being reborn and stripped down and doing it all again will follow us throughout our lives.

I think of another story of stripping away: a prince with wealth beyond imagining, leaving it all behind: entering a cold, dark, desperate world in order to be one with its people, becoming more than He once was, and, in the process, joining us with the One who is all we would ever need. Being stripped away is His story, and it is ours, as well.