You are here: Home / Christian Education / A Time to Mourn 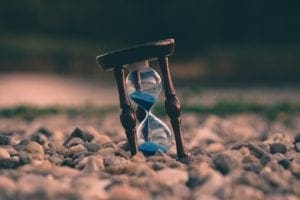 After multiple years of annual Bible read-throughs, in this new year the Lord has led me to slow down, focusing and meditating on short passages of Scripture. Over the past couple of weeks, I have settled on the Beatitudes, which has led me to consider the subject of mourning.

The Sermon on the Mount was a form of vision-casting for Christ, intended to help His disciples understand His ministry, and how God’s Kingdom was very, very different from their preconceptions. The Beatitudes, located within this sermon, is a picture of those considered blessed in God’s Kingdom, though not for any of the reasons we typically ascribe blessing here on earth.  One of these visions is “Blessed are those who mourn, because they will be comforted.”

The idea of mourning as a right and normal response to the world around us seems unusual in our culture. We are obsessed with the pursuit of pleasure and happiness, and mourning is something to be avoided, if at all possible. If someone we love or care for is suffering and mourning, we are sympathetic and caring to a degree, but often we try to maintain a safe, professional distance from them: praying and advocating on their behalf, certainly, but not getting too close. We have our own grief, our own problems to confront, after all, without adding those of others to our plates.

There are seasons of life, however, that so overwhelm our sensibilities where there is no other response but to mourn. This is one of those seasons. When our country faces a crisis of confidence and images of insurrection not seen in hundreds of years, if ever; when 377, 000 people in our country have died from COVID-related conditions, and 22 million have contracted the illness; when we face racial and social unrest on a scale and level not seen in recent times, it is, as the author of Ecclesiastes says, “a time to mourn.”

Life has been so good for so many of us for so long that we’ve forgotten that mourning is a normal part of the human condition. While God did not originally create it to be so, mourning is an appropriate, God-breathed response to the fallen state of the broken world around us. Mourning has been a right reaction to a distorted world throughout the ages. The book of Lamentations is a poetic lament for the destruction of Jerusalem by Babylon. Most of the book of Job is filled with mourning, as Job laments the tragic circumstances that have befallen him. In Matthew 26, Jesus, in the Garden of Gethsemane, enters into extreme sorrow and mourning, entreating His disciples that, “I am sorrowful even to the point of death. Stay and keep watch with me.”

God mourns over the brokenness of the world, and, as Christ did in the garden, still invites His most faithful to join Him in that mourning. Mourning is the God-given response to the world around us, and there are several aspects to appropriate mourning.

First, we must repent. Oswald Chambers notes that the entrance into the kingdom of God is through the sharp, sudden pains of repentance colliding with man’s respectable “goodness” (meaning, his false belief that he somehow stands right before God on his own). “Then the Holy Spirit, who produces these struggles, begins the formation of the Son of God in the person’s life. This new life will reveal itself in conscious repentance followed by unconscious holiness…the foundation of Christianity is repentance.”

To be a disciple of Jesus Christ is to have a heart inclined toward repentance. One who is not a disciple looks at the tragedy of the world around us and finds blame first in others. A disciple always begins with his or her own heart: how have I, through my own sin, things I’ve wrongfully done, said, felt, or believed, or not followed the standard set for me by Christ, contributed to the state of the world around me?  Have I always followed the example of Christ over the past year in what I’ve posted, what I’ve felt about others, what I’ve said? Where do I need to seek forgiveness? As my pastor says, we can’t repent for someone else; only for ourselves. And yet, as we look at the world around us, none of us can really claim to be innocent, can we? God freely and graciously grants forgiveness through the blood of Christ when we repent. A heart of repentance leads to holiness before God and empathy with others’ shortcomings, giving rise to what is the next aspect of mourning: true lament.

Lament is something deeper and more profound than complaint. N.T. Wright notes that a complaint is accusing God and maligning his character, while lament appeals to God’s character from the depths of one’s relationship with Him. Lament is a praise of who God is, that He is the definition of goodness, and a pleading prayer for Him to pay attention to us and act on our behalf, according to that goodness. Lament is a plea to a loving parent for justice and mercy in the face of sorrow or pain, simply by virtue of the fact that we are our parent’s beloved.  What have I seen and experienced in the world around me that is truly grievous, and that I should cry out to the Lord about? For all of us, the list is long. Lament also allows us to enter into the suffering of others, which is the third aspect of mourning.

Not only does mourning allow us to press into God, but it allows us to identify with others. We weren’t meant to maintain professional detachment from the suffering and sorrow of others, but to enter that sorrow with them. I learned long ago as head of Grace, walking with people through job loss, disease, and death of parents, spouses, and children, that there is really nothing to say in the face of such loss, no “right” words. In those seasons, the only good and true thing is to be near, to embrace, and to weep alongside our suffering brother or sister.  We were meant to enter into mourning and suffering with them. Our ancestors understood this better than we, often staying and weeping for days with those who had lost someone. We were made for each other, and mourning alongside is part of how we love.

I love how the Lord never tells us to deny our grief as we see the tragedy of the world unfold around us; on the contrary, He calls us to embrace it. At the same time, Christ promises that “blessed are those who mourn, for they will be comforted.”  Comforted with the reality that Christ will come again and make all things new, and all mourning will cease. Comforted with the reality that justice has been done through the price Jesus paid on the Cross, and the judgment He’ll bring in the end. And, comforted with the truth that He is always with me, mourning alongside me, keeping watch with me in my sorrow, as I am in His.