You are here: Home / Christian Education / God’s Plan, Not Mine 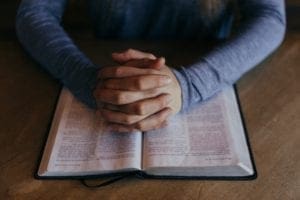 I was thinking of my oldest daughter the other day, and how she has become a confident follower of Jesus, making her way in the working world. But, it wasn’t always this way. I remember vividly when she was entering fourth grade.  She was shy and somewhat timid, and the Lord had been gracious to give her the Grace teachers who were sweet and comforting, what I called “warm fuzzies.”  She thrived under the “warm fuzzies.”  At the beginning of her fourth-grade year, however, I learned she was assigned a teacher who was NOT a “warm fuzzy.’

“This simply will not do,” I clearly remember thinking, “My daughter needs warm fuzzies, and this teacher is not a warm fuzzy.”  For the first (and only) time in my career as head of school at that time, I considered pulling rank and requesting a teacher change, one I considered more suitable for my daughter’s temperament.  Yet, as I was to the principal’s office, the Lord stayed my hand. I distinctly remember Him telling me, “Don’t you think I know what’s best for your daughter? Isn’t she really MY child? Do you trust me with her?”  I refrained from asking for a change.

It turns out that my oldest did NOT need a “warm fuzzy” that year. She needed the fourth-grade teacher God gave her, a wonderful teacher who is still in the pantheon of my kids’ all-time greats. This teacher, perhaps more than any other, taught my oldest how to be a student, those disciplines that set her on a course to being a hard worker and a great role model to her sisters. I received a gift that day that continues to bless me, and all I did was surrender to God’s plan, rather than my own.

As I’ve been reflecting on the Christmas story lately, it’s extraordinary how much of the narrative focuses on people surrendering or submitting their expectations and plans to God’s greater desires. In almost every case, “God’s greater plan” didn’t look so great when first presented. Last week, I talked about Mary, and about how the angel Gabriel announced to her that she would give birth to the Savior of the world. If I had to guess, I’ll bet being an unwed teenager, shamed by her community, was not what Mary had planned. It’s not really anyone’s dream, is it? Yet, even then God was doing something in and through her that was far greater than the struggle she would endure.  Somehow, in the midst of this great challenge, even when she can’t see it clearly in any way, Mary rejoices and accepts God’s work in her.

Or, consider Joseph, Mary’s betrothed. He’s faced with the pregnancy of someone who, in that culture, was for all intents and purposes already his wife. Only he’s not the father. An angel appears to him, too, tells him that Mary is pregnant with the Messiah, and that he should go through with the marriage. Joseph knows he too will be ridiculed by the locals, the poor dope raising somebody else’s illegitimate kid. Not how he had it planned, I’m sure. Yet, Joseph also trusts that God is doing something greater in the hard, and yields to the pain, knowing it will somehow bring blessing he does not yet understand.

Surrendering to God’s plan for our lives is difficult, and nowhere is it truer than in parenting. While none of us are raising the Savior of the world, but parenting as a follower of Jesus still remains an anxious struggle between the norms of this world, our expectations, and God’s plans and purposes, what we deeply know to be true.

A recent article from the National Association of Independent Schools commented on tendencies of modern parents in private schools to not support school discipline, to take literally and uncritically what a child says about an incident at school, and to attempt to pave what they mistakenly perceive as a clear path of success for the child. According to the author, these parents “seem to expect that schooling should offer a steady stream of successful, positive achievements that build self-esteem without any disappointments, frustrations, or failures. They want the school to help them prepare the path for the child, instead of preparing the child for the path.”

I understand the concern; for the most part, we parents have pure motives and want what’s best for our children. There are plenty of reasons out there to make us anxious: social media often undermining parental authority; more selective colleges admitting fewer applicants than ever before; professions like law and medicine that, in the past, were practically guaranteed successful no longer so; and, young adults with little security and living with parents. Temptation for anxiety, to insert my plan for God’s and my expectations for my children for His, are never-ending.

All of this turmoil is just one of the many reasons why the birth of Christ and the gospel is such great news. God constantly calls us to surrender control of our lives, and, more challenging, our children’s lives to Him, and reminds us that He’s working something so much greater in their lives than any of our plans or expectations. God’s plan is never to offer a slightly-better version of ourselves, or to improve upon the world’s definition of success. Christ came to bring radical transformation, to remake us as people and as a community, and to form us into His image. As His people, made in His image, fulfilling His calling in our lives, our kids have a chance for joy and meaning that can only come from a lifetime of surrendering to God’s plan.

That road is never easy, and, like Mary and Joseph, doesn’t often look like what we had in mind. But, the mystery of the gospel is that success isn’t a destination or a group of things or experiences; it’s a process of transformation, of growing in deep character and becoming someone, rather than something. It’s not what I am, but who I am. As Jesus says in Mark 8, “what does it profit a man to gain the world yet lose his soul?”

And, that someone, formed in the image of Christ, only comes through the hard in a fallen world. It can’t come any other way. Surrendering to the hard, to God’s plan for my children to build them into all He intends them to be, who He already sees clearly and I do not yet see, is the true grit of parenting. Yet, if there’s anything 2020 should have taught us, it’s how little we actually can or do control, and how we mess it up when we try. Thank God that Jesus came so that I could surrender my heart, and my children, to the good, loving One who controls it all.