You are here: Home / Uncategorized / Marvel and the Metanarrative 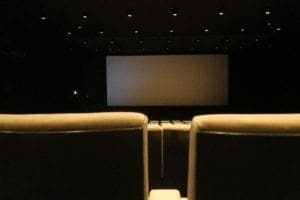 One of the good things to happen during COVID is that I discovered Disney + (I guess everyone did). It has given me a chance to watch some of the Marvel movies over again.

I have to confess, I’m a geek when it comes to Marvel movies. One of my children (I won’t tell you which one, because it might embarrass her) and I enjoyed watching most of the movies together, in the movie theater, the first time around.

For those of you in the know, the Marvel Cinematic Universe (or MCU) consists of 22 movies, from 2008’s Iron Man to last year’s Avengers: Endgame, and continuing on with some new ones, assuming we ever return to movie theaters.  I really enjoy these movies, with their themes of good and evil, their humor interspersed with action, and riveting storytelling.

Perhaps the most interesting thing about the MCU is that, while each of the movies is a standalone tale in its own right, each movie is part of one whole, narrative arc, telling a larger, grander account that culminates with Endgame, when all is revealed, evil is vanquished, and the heroes win, albeit at great cost.

After watching Endgame last year, I have enjoyed going back and watching some of the earlier movies. Even though they were coherent and captivating stories the first time I saw them, they are so much more meaning-filled now that I know the whole story.

The other day, I was reflecting that Scripture is the same way. In fact, it’s even better, because it’s a) real, and b) involves even bigger stakes.  The great story, or metanarrative, of Scripture, is an even more spectacular story:  A perfect, holy, and all-powerful God, sufficient in Himself, created the cosmos as an act of love. He created a people, man and woman, in His image, the only creatures on earth who were part of this unique and special creation. Despite having everything and being in a perfect relationship with God, His creation rebelled against Him, causing their own fall, separation from God, and brokenness, as well as the brokenness and distortion of the whole world. God, not bearing to be separated from these people He loved, set out to save Him the only way possible, by sending His perfect son to be unimaginably both God and man, to take on the penalty for sin, and to reconcile humans to God. What began as the age of God’s redeemed people walking the earth will end when Christ returns, judging good and evil, making all things new and restoring the earth and His people into resurrected, perfect, human form, where they will rule together with Christ, working and living and playing together with God forever.

Just as the MCU encompasses each Marvel movie and character, this great, overarching creation-fall-redemption-restoration story encompasses every event in history, every human who ever lived or will live, and everything humans have ever learned or known. It is the one coherent theme that runs through everything that has ever been.

The metanarrative answers the big questions in life. Who am I? Image-bearer of God, born into sin and broken, but capable of redemption through accepting Christ’s provision for human beings, and, if so, redeemed follower of Jesus, member of the community of Christ and His Body, son or daughter of God, and future co-ruler of the New Earth and New Jerusalem.

What has gone wrong? Human sin fractured man’s relationship with God, but also with each other, with all of creation, and with ourselves. Not only is broken, sinful man in need of redemption, but selfish man is at war and in conflict with each other; man is fractured in his own self-understanding, leading to pride, shame, fear, and self-hatred; and, finally, humans are damaging creation and, as its broken steward, causing a broken creation now capable of everything from cancer to hurricanes.

How can it be made right? Through Christ, we can be reconciled and have hope both now and for the future, and as His people, we can be used by God to help restore other people’s relationships with God. We can reconcile people with each other, and help to steward and care for creation and help people bring healing to themselves, all the while serving as reconcilers and signposts of righteousness pointing towards God’s rule and reign on earth.

The metanarrative also gives your own life meaning. About a month after one of my daughters began her freshman year at Grace, she called me. “Dad, I finally get it!” she said. “All those years at Grace you all kept talking to us about identity, who we were as image-bearers of God, saved by Jesus. Identity, identity, identity! I never understood why you all talked so much about it, pounding it into our heads! I get it now, Dad. People here at college are seriously jacked up. They don’t know who they are. But, I know who and WHOSE I am, Dad. I get it.”  She understood the foundational question of her life, because she understood God’s great story.

Not only does God’s metanarrative tell you who and whose you are, but it gives meaning to suffering. If it doesn’t all end here, but in a resurrected world in a resurrected body entrusted by our Father with many things, then as author Russell Moore says, this life is our internship for the eschaton, or “two-a-days” for the new life, the “game time,” to come. Every challenge, every struggle, every trial is building strength, character, and wisdom you’ll need on that day. It all has meaning. And, because God’s great story tells us that life is not ultimately about death and despair, but about redemption and restoration, we can walk through this life with hope and even joy in times that might otherwise seem hopeless.

Like each individual movie in the MCU, your life has meaning in itself, but it’s not just about you– you are only a part of God’s bigger story. And, that is the best news ever, because how limited would our God be if you and I were the only points of all of this? When we understand the big picture, far from feeling insignificant, we feel grateful for being a part of God’s plan and hopeful and special that God chose us to be the subjects of His love and the co-heirs of His Kingdom.

People ask me why we biblically integrate, placing everything kids learn at Grace within this big story of Scripture, this metanarrative. “Why do y’all make everything about the Bible?” they ask.  The simple answer is: we don’t. God does. He put everything that is right there, all under that great narrative arc, whether we see it or not.  We’re just grateful we have the privilege at our school to be able to show kids that they and everything else are part of an exciting, beautiful, redemptive, coherent whole, the greatest story ever.