You are here: Home / Prayer / Requiem and Judgment 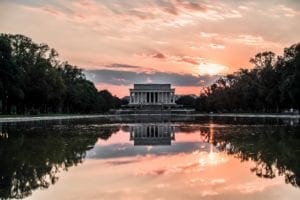 I lost a friend to complications from COVID-19 this week. Tim Russell was a large, massive teddy bear of a man with a giant-sized intellect and a heart to match. He loved Christian education, and had served the cause of schooling young people in God’s Word and His Truth at both the higher education level, and as former head of Lexington Christian Academy, a K-12 Christian school in the Boston area. He was a geeky, quirky, brilliant guy, a man who would quote Shakespeare and loved science fiction, enjoyed traveling to France, and was one of those guys who would constantly send you emails with links to stories that were actually fascinating, rather than annoying. He had returned to Memphis, a city he loved, where he served as a pastor to middle adults at Second Presbyterian. Tim knew all the old guys from the Civil Rights movement, people like Fred Davis, who marched with Dr. King and was one of the first black City Council members in Memphis. He was a fascinating guy and a good friend.

Most of all, Tim loved Jesus. As I was mourning Tim’s death this morning, God led me to Ezekiel 21, in which God commands Ezekiel to prophesy against Israel that He is drawing His sword from its sheath to cut off both the righteous and the wicked. It led me to think about what is always an uncomfortable thing for me to consider: God’s judgment. Talking about God’s judgment always makes me think about those guys standing on the street corner, bullhorn in hand, wearing a sandwich board, just yelling at people as they walk by. I think we’re most uncomfortable with judgment talk because it’s seldom discussed in a way that comports with the true heart of God. We know from Scripture, however, that judgment is as much a part of God’s nature as is His love and compassion and mercy, and we’d do well to understand it, particularly in times like these.

Judgment is not solely an Old Testament concept, but one that continues today. God is not a God who walks around desiring to smite, like an abusive father, but deeply desires that His children do His will, a will that leads to their flourishing and His glory. God’s heart is best exemplified with that of Jesus, who, considering His people and their waywardness, cried out, “O Jerusalem, Jerusalem, the city that kills the prophets and stones those who are sent to it! How often would I have gathered your children together as a hen gathers her brood under her wings, and you were not willing!” (Matt. 25).  God holds back His hand of judgment for as long as He can, hoping that a nation, a people, will repent and return to Him, and only when it doesn’t, does He judge.

In our present world, none of us can honestly say that our nation and world doesn’t deserve judgment from God for how it lives, for how it has lived. But, God’s judgment against His people, whenever it comes, is always intended to chasten and discipline, to lead people to reconciliation and restoration with the Lord.  It’s the same way that we as parents certainly don’t derive enjoyment from disciplining our children, but we know that short-term discomfort yields long-term character.

More often than not, and as Ezekiel 21 says, God does not spare the righteous from suffering during His judgment, even while sparing them from ultimate judgment. God uses judgment as an opportunity to turn people to Him. Yet, He, in the midst of His judgment, He also gives His people the serious joy I talked about last week as a gift to sustain us through that judgment by His grace in Christ.

When Lincoln was inaugurated, the nation was in year four of a bloody war, torn apart by death and conflict. It was obvious by that point that, regardless of claims of states’ rights at the beginning of the war, the real fight was over emancipation and slavery. Lincoln stood up before a fractured nation and said:

If we shall suppose that American slavery is one of those offenses which, in the providence of God, must needs come, but which, having continued through His appointed time, He now wills to remove, and that He gives to both North and South this terrible war as the woe due to those by whom the offense came, shall we discern therein any departure from those divine attributes which the believers in a living God always ascribe to Him? Fondly do we hope, fervently do we pray, that this mighty scourge of war may speedily pass away. Yet, if God wills that it continue until all the wealth piled by the bondsman’s two hundred and fifty years of unrequited toil shall be sunk, and until every drop of blood drawn with the lash shall be paid by another drawn with the sword, as was said three thousand years ago, so still it must be said “the judgments of the Lord are true and righteous altogether”.

I marveled at how courageously honest it was for a president to stand in front of these people, who had endured four years of horrific war, losing loved ones, and say “folks, this scourge of war might be God’s judgment for our sin, and though we ought to pray that His hand would pass over us, if He so wills that every drop of blood caused by 250 years of slavery will be paid for by a drop of blood from this war, then we should say that God is good, and His judgment is righteous, and let it come, Lord.”

I am not a prophet; don’t have a bullhorn, and wouldn’t even know where to find a sandwich board if I wanted one. I don’t have any idea what God is doing here, whether this pandemic is God’s judgment on our world in order to turn many of us who don’t know Him to Him, whether it’s merely the consequences of living in a broken and fallen world, or what. I don’t know why my friend Tim had to die at so young an age. God has not revealed any of that to me; but, I’m not sure it changes our response as Christians much.

The thing I think does matter is that we don’t waste it. Christ declares us righteous, and gives us a mission and a calling as His disciples and as a people. In this season, we should both count on God’s protection as His beloved children, and be led into a state of individual repentance for those things we’ve done, or left undone, that have not been worthy of the gospel. I pray we don’t waste the opportunity to accept and, in fact, welcome God’s work both in our hearts and in the world, to pray for those who don’t know Him that they might come, to use this time to have spiritual conversations with those who might not, and to be the church, full of love and grace and truth.