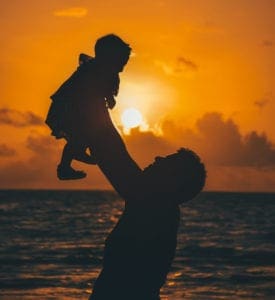 As everyone knows by now, Kobe Bryant passed away this week.  I know he’ll be best remembered for being a five-time NBA champion and 18-time All Star in his 20- year career. But, the thing that has resonated so deeply with me over the past few days was his obvious love for his four girls, one of whom passed with him. I heard a female ESPN sports reporter choke up as she remembered Kobe telling her that “girls are the best!” and how grateful he was to be a father of girls. Boys are an awesome gift from the Lord, too, but there’s a special bond between a guy and his gals. Reflecting on these things over the past week reminded me of something I wrote years ago, a guide for girl daddies. Guys, I hope it helps you love those sweet girls well.

I grew up in a house full of women, with three sisters and a mom. I live in a house full of women: a wife, three daughters, and a female faux-dog. Still, I fully admit that I know virtually nothing about women. They are an elusive mystery to me, and, in some ways, I believe God wired it that way so we’ll trust Him in learning how to love and serve our women.  With a senior, a junior in college, and one out in the “real world,” however, I have learned a thing or two about raising girls.

First thing: raising girls is an art, not a science.  As guys, we want Step A, followed by B, followed by C. That’s how our minds work. You can’t “A, B, and C” it with girls. They’ll eat you alive if you try that. It won’t be pretty. I’ve lost fingers that way. Please don’t try that, if you’re a young dad.  But, here are some things you might try.

If your girls are in elementary school, chances are they love being with their daddy. They love sitting in your lap, love hanging out with you, and love showing off for you. No woman has ever been this into you, not even your wife on your best day. Pretty awesome. Take advantage of that, because it’s a great time to model God’s love for them. As they reflect on His love for them over the rest of their lives, your love will be a metaphor for them if you think about a few things:

Praise them. Be genuine and specific about it, not insincere or overdoing it- you can wear it out, and make it meaningless. But, when they do something well or honestly praiseworthy, make sure they feel your genuine approval through hugs and words.  Also, be interested in what they’re interested in. If it’s cheer or dance, rather than baseball, that may be tough. However, don’t try to make them a baseball player if they’re a dancer. Yeah, you were awesome in high school, but your days are over. Go up to the attic and pull out the letter jacket and the photo album if you need to re-live the glory days.  Then, put it away, go back downstairs and clap for your little ballerina. Be into it, but not TOO into it. If your identity and self-worth starts to be defined by her cheering ability (or her softball ability, for that matter), cutting into other family pursuits and Sunday worship, it may have become an idol. Keep it all in healthy balance, but be interested.

Protect her modesty now. No, she doesn’t have curves yet (unless she just has one big one, which is awesome and you don’t need to comment on that except to encourage healthy eating and exercise habits).  That being said, if her shorts are too short when she’s walking out of the house at age 6 or 8, and you say, “Sweetie, why don’t you put on something a little longer before we go to dinner?,” it will be WAY easier to do the same thing when she’s 16. You will have normalized your role as her protector and her guide. Moms think they get it, guys, but they don’t- they don’t grasp the mind of a teenage boy. You do. You were one. They’re awesome, but you remember teen testosterone: it’s like a freight train-hard to control. If you want to help your daughter AND your teenage Christian brothers out when your girl is a teen, start normalizing guarding her modesty now.

Ask her about her friends, what they’re like, and get to know them. Let her know that they’re important to you, as well. Friends are like oxygen to a girl, so it’s another way of demonstrating what’s important to her is important to you. Plus, this interest will come in handy when they become teenagers. Which brings me to:

Teenagers. When she stops wanting to sit in your lap, and asks you to drop her off at the curb instead of walking her in, it rips your heart out. That’s part of her growing up, though. You still have to build into her.

She really needs confidence now. Continue to ask her about what you know she’s interested in. Continue to praise her for things she does well. She’ll act like she doesn’t need your approval, doesn’t really care, but trust me: she cares deeply. You are still the most important guy in her life, even more than that pimply-faced kid who keeps texting her.

When she cries, even though you will NOT understand why, hold her (if she’ll let you), or just put your hand on her arm, and be empathetic. You don’t have to have all the answers- you should have learned this from your wife by now.  If you do have some eternal perspective, how God is using this challenge or this issue she’s dealing with to help strengthen and build her, give her an encouraging word once she’s cried it out a little. You’re her daddy. That’s how you roll. She expects it. Make sure you’re in God’s Word, though, so you have it to give.

The caveat to being available when she cries is to help her to be a little tough, too. There are real issues, and there are “princess problems.”” We’re all going to have real issues, genuine hurts in a Genesis 3 world. Friends can hurt you. You can make bad grades, despite trying hard. Boys are clueless, and they can rip your heart out.  Life is full of disappointment, and these are awesome shepherding opportunities to be God’s Hand in your girl’s life. But, “I don’t have the latest digital device?” “ I don’t have ‘anything’ to wear to school, or to the event?” These are “princess problems”; we don’t do princess problems in our house.  Work hard in school, be grateful for what you have, play through tough times, don’t escape from them, work things out with your friends, don’t snipe about them behind their backs: these lessons build resilient, strong women, instead of drama queens.

I could go on, but I’m out of space. Most (not all–it’s not a formula) of the girls I see in junior high, high school and beyond who struggle with being way too advanced sexually have daddy issues- their dads didn’t model for them the confidence, the protection, the security they have in Christ.  Our girls are going to make mistakes: they’re going to think someone loves them who uses them instead; they’re going to become friends with that “toxic” person; they’re going to make that bad decision that reaps consequences. But, if we’ve loved them, been available for them, used the hardships of life to teach them the ways of Christ, they’ll know that they have a daddy who loves them, and, more importantly, they’ll know they have a Heavenly Father who loves them, and who is all they really need.  And, even when they’re 50 and we’re eating dinner at Traditions at 4:30 pm with our portable oxygen, they’ll still be our little girls. Pretty awesome, huh?