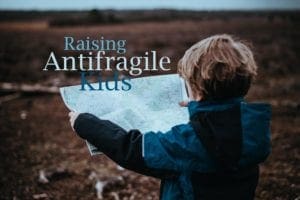 Around 2013, colleges and universities across America began noticing that a very different kind of student was walking their campuses. Whereas for as long as there have been universities and colleges in the U.S., higher education has been a place where students have been challenged, exposed to different speech and ideas, and challenged to think and form their own thoughts and opinions, this new generation of students seemed thoroughly ill-equipped for this previously- believed necessary rite of passage into adulthood.

Instead of engaging with speech and ideas, students began asking for the removal from class of “triggering” material which might upset or offend them. Rather than interacting with all speakers of all types on campus, with some of whom they might disagree with but which would mold and form their thinking, students began pressuring college administrators to disinvite those speakers from campus, or protesting in ways that kept others from attending the talk or engaging with them. They began asking for campus “speech codes,” claiming that certain types of speech interfered with their ability to function, jeopardizing their mental health and making them feel “unsafe”.  They became what has now been pejoratively termed “snowflakes.”

In their excellent book, The Coddling of the American Mind: How Good Intentions and Bad Ideas Are Setting Up a Generation for Failure, Greg Lukianoff and Jonathan Haidt note that many of today’s students operate from the premise that they are fragile and in need of protection. They have embraced what Lukianoff and Haidt call one of the Three Great Untruths embraced by many today: that which does not kill you makes you weaker.

The authors declare it a great untruth because it flies in the face of the wisdom of the ages, great literature and all the major world religions. We certainly know it’s true in our faith. In 1 Peter 5:10, the apostle encourages believers, “after you have suffered a little while, the God of all grace, who has called you to his eternal glory in Christ, will himself restore, confirm, strengthen, and establish you.” James, in Chapter 1, tells the church at Jerusalem, “consider it all joy when you encounter various trials, knowing that the testing of your faith produces endurance. And let endurance have its perfect result, that you might be perfect and complete, lacking in nothing.” Trials and pressure don’t destroy; they produce character and growth and, when properly directed, cause adults and children to press into the Lord.

This is especially true in childhood development.  Kids aren’t just resilient; they’re antifragile. My Yeti is resilient. I can drop it off the roof of my house and it won’t break; however, the Yeti won’t be any better off or stronger for the experience. Kids are different. They actually become stronger when placed under pressure or trial. They develop strength, ability to problem solve, and maturity.  They eventually no longer think of themselves as fragile, but able and equipped. God designed them to grow this way-their muscles and their minds. The whole training and teaching process, whether in the classroom, on the ball fields, in your house, or on the playground, is designed this way.

Lukianoff and Haidt say this fragility they see in students is, in large part, caused by well-intentioned overparenting. Parents, loving and wanting to protect their kids from all kinds of harm (which is perfectly in a parent’s nature to do), unintentionally fail to inoculate their kids from the world around them. As a result, kids are fragile, more susceptible to anxiety and depression from the world around them.  They are ill-equipped socially.

One example is unstructured play. When I was young, my mom would send me outside in the morning to play with my friends, telling me not to come back until dinnertime. We would play all kinds of games, but they were all voluntary. Any kid could quit and leave at any time. It forced us to learn how to create, but also how to negotiate, problem solve, resolve conflict, and develop a host of other interpersonal skills that became intensely valuable later in life.

Then, somewhere along the way, we became convinced that all sorts of ill-doers wanted to poison our children, kidnap them and do all sorts of vile things to them (of course this happens, but statistically speaking, it is a fact that it doesn’t happen any more frequently than when we were kids- the media just covers it more broadly, so we think it does). As a result, a lot of us stopped letting our kids play outside for hours and hours on end, in unstructured play. Our kids miss out on a lot of these great life lessons, and miss developing these interpersonal skills.

It’s really hard to be a parent these days, when we really want to do is protect. But, we have to fight that impulse when, rather than protecting, we’re inhibiting. Good parenting is about making trade-offs, subjecting our kids to reasonable risk and releasing them to trials that we know will hurt them, but won’t kill them. If we’re always rescuing or saving or preventing our kids from risk or pain, we tacitly communicate to them that they can’t handle something, or can’t work through it, or can’t play through it, and that they have to be rescued, or saved.  We (with good and loving intentions) communicate that they should have only good experiences in life, which is also untrue.  As unpalatable as it may seem at times, a challenging year in elementary, or in junior high, or in high school may be exactly what the Lord has for our children in that year in order to be molded and shaped and grown and strengthened, and moving them to something “easier” or away from the trial, or even the people causing the trial, may actually be undermining their ability to function well in the future.

So, what’s the line between actual harm and the good trials of life?  That’s where the Holy Spirit, and being on our knees before the Lord, and living in community with other wise parents who have already been down this road once or twice and seeking their counsel, and the counsel of teachers and administrators and pastors, all come in. We need all those things. Our parents had most or all of those things at their disposal, and, thanks to living in this community, we can, too.

We have a brilliant opportunity to raise healthy, antifragile, counter-cultural kids who seek out challenges and courageously face trials that we all know will come. Turning loose isn’t something we do once, when they turn 18 and graduate. It’s a daily discipline, and a constant reminder that that our kids belong to the Lord, and only entrusted to our care.