You are here: Home / Parenting / A Season of Life 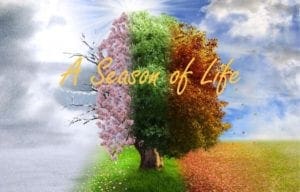 My wife tells me I have a very strong personality, that I’m often about as subtle as an aluminum bat. Other times, people miss my meaning. Just in case you missed my blog last week, skipping it by thinking “I don’t have a sophomore, so this doesn’t apply to me,”- This one applies to you; it applies to all of us. So did that one. Here’s another one I wrote this time of year, three years ago. I want to remind you that our lives move in seasons, so do school years. If this at all describes what you’re feeling now, it probably describes what you felt last year at this same time of year, and what you’ll feel next year. It’s part of human nature, and how we deal with it is all a part of God’s growth in our lives. I hope this edifies you.

You know, I’m on the front end of my 13th year as head of Grace.  I’ve learned over the years that every school year has its patterns. And, they tend to follow the same pattern. As human beings and God’s image-bearers, we’re impacted by each other, the weather, and our health and physical well-being. We’re impacted by new situations, new relationships, whether our kids are content or not at any given moment, how much we have going on at any one time.  When a group of people, like a school community, have these things happening to them in concert, in common, they respond in patterns that are consistent and incredibly similar year after year.

So it is with “the dog days” of the school year, as I call them. Every story has its low point: The Empire Strikes Back, “New Coke,” and almost every band’s second album comes to mind.  For most schools, January to Spring Break is a challenging time of the year, no matter whether you’re a student, a teacher, a school parent, or an administrator.  You face the post-Christmas blahs (see my blog a few weeks ago to see how part of this is normal and, in fact, God-given), it’s cold (usually), people start getting sick, familiarity starts to breed contempt as the teachers, students, and friends that we loved in September are beginning to grate on our nerves.  Our kids come home less excited about what happened to them today, and complain with some frequency about the work they have to do, the friends with whom they’re in conflict, or that teacher or coach.

Once Spring Break arrives, the weather and activity level heats up, all the way to the end of the school year, in what I’ve often compared to the downward plunge of a roller coaster ending in a brick wall: coming to an abrupt halt as the school year ends. In that season, everyone generally has too much going on to focus on what wasn’t as right as it was in September.

But, during the dog days, well, during this season we wonder if somewhere else is better than here, if some other people are more agreeable, other friends or other opportunities could present a fresh perspective. In this day and age, we’re always in for something new, aren’t we?  The upgrade, the 3.0 version?

And, it is like that every single year. Without fail. It’s a pattern of life. If you raise kids, or remain in a marriage, or stay in a job long enough, you’ll see it in everything you do. Like my friend and former pastor Steve Rumpf once told me, we always reach that crisis point: that point where we have to decide, and help our kids decide, whether we are going to work through to a greater level of contentment and joy, new understandings and realizations, or whether we’ll move to the next, new thing.  And, the one after that. And, the one after that.  And, in so doing, miss out on that greater level of contentment and joy, those understandings and realizations, those hidden treasures that God leaves for us on the other side of the pool, after we slog through it.

I’ve quoted the Bible, Christian writers, and poets. I don’t believe I’ve ever quoted Dierks Bentley. He’s a good country music singer/songwriter. I’m not a fan of all his lyrics, some aren’t edifying, but he wrote one song that I think describes the Christian life so well, whether it’s dealing with illness, or tragedy, or just the ennui that comes with some seasons of life: “I’m a ‘riser’. I’m a get up off the ground, no ‘run and hider.’ When pushing comes to shove, I’m a fighter. When darkness comes to town I’m a ‘lighter’; a ‘get out alive-r’…from the fire.”  I think, in some sense, that’s who we’re called to be, a riser–not of our own strength, but through the power that only Jesus can bring: the power of the Holy Spirit. Like Paul, stoned and dragged out of Lystra, picking himself up, dusting himself off, and walking back into the city for more.

Communities are sets of complex relationships, and Christian relationships are (for the most part) meant to be worked through, struggled through, contended with, with forgiveness sought and forgiveness given. That’s what love is.  The “we” is less without the “you,” and the “you” is less without the “we.” That’s how God has worked it, and resilience, staying power, grit, and finding joy and contentment in Christ, not in my surroundings and immediate circumstances—I don’t know anything I can teach my kids—heck, myself—that’s more important than that.

So, pray for all of us in this season. Pray that we’ll weather the “dog days” well. Not just endure them, but thrive in them, learn from them, find joy in each other through them. And, in so doing, we’ll teach and model for our kids real treasure that will not only enrich them in this life, but in the Kingdom of Heaven.