You are here: Home / Parenting / The Hope of the World 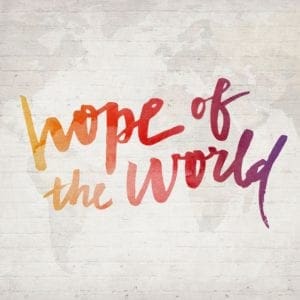 I’m normally not the guy who writes a blog on every current event. I don’t think my voice is ever the definitive one on any issue, and others seem to do that sort of thing better than I. But, I do know a thing or two about Christian schooling, and it has been in the news lately. Whether it’s Karen Pence, Covington Catholic School, or the #exposeChristianschools bunch, Christian schools seem to be receiving a lot of focus lately. It seems that the gospel, and the schools that proclaim it, are under fire.

And, yet, paradoxically, that same gospel is the hope of the world. So is Christian education.

The world is really, really broken. We see it through the divisiveness of our culture. What happened with Covington Catholic School is a snapshot, a microcosm of a really messed up culture characterized by racial, cultural, and political divisiveness. The level of divisiveness is so powerful, so insidious that people abandon their integrity, using edited and incomplete versions of reality to create incomplete narratives, caring so much less about the truth than about being right, or being in power, or simply hurting others.  We can’t even string together a coherent, logical argument anymore, or reason with each other in thoughtful, dispassionate ways. We don’t have the vocabulary, the skills, the heart, or the inclination to do so, anymore. So, we just yell at each other, call each other names, and tell half-truths or lies to cast the other in an unfavorable light.

So, what are we as Christians to do about all this?  I think there are two wrong postures we have and can take, and a third, right way forward.

The first is to get tough. Often couched as “telling the truth,” we hunker down in scriptural accuracy, and pick fights with those with whom we disagree, mostly at a distance. Still believing the culture wars can be won by words, we write strongly-worded letters and critiques of things said in the media by those who are and aren’t Christians, but especially those who believe differently than we. We take a strident, often sarcastic tone, and often harm more than we heal, even wounding our own. Ironically, in our quest for accuracy, we sometimes meld theological and political conservatism, aligning the two in a way that, quite honestly, harms the cause of the gospel in the eyes of those who don’t know Jesus and thus mistakenly believe that becoming a follower of Christ means converting to a different 24-hour news channel than the one they normally watch.

The other posture is to be nice. Who wouldn’t want to be nice? Nice people are very friendly to others. They say nice things, polite, right things, whether they really mean them or not. They don’t want to offend, and in their desire not say anything offensive, their words convey no real meaning at all. In the Christian context, they aim to assimilate with everyone else, hoping that through their niceness and antiseptic acceptance, they’ll kind of fade back into the woodwork and won’t be noticed, or will even be accepted as a “tame” Christian. Nice people stay in line; they don’t make waves in our culture. They are clear plastic Christians- pristine and sparkly, but odorless, tasteless, and lifeless.

The middle way, the way forward, is love, the love that nailed Jesus to the cross. Love is so radical that it actually reaches out and seeks to develop relationships first: to understand the life, the heart, the stories, the pain, and the brokenness of others, rather than first their political or religious stance, or their labels. Love propels kindness, meaning actually opening one’s home, one’s wallet, and one’s life to the ‘other”, whoever that “other” may be, seeking first to make a friend rather than to convert to a cause.  Love goes out of its way to sacrifice for others, even (and maybe especially) for those who can and will give nothing back, except maybe anger.

Love isn’t nice. It is full of conviction; it is compelled by truth. Sometimes it’s even offensive, because love confronts when it sees someone it loves hurting himself or others, yet it earns that right, even when it’s not always welcome, by first living in relationship with the one confronted.

Love, empowered by the gospel, is the way of healing the divisiveness in our sad and broken world; it is the only thing that can transform it.  And, the very same Christian schools that have taken it on the chin this past week are the very places, the few places, where the next generation are being taught to love in that radical, life-changing way.

When the church stops caring about the education of its youth, it’s one generation away from death. It’s time to not fear educating our kids in the way of the gospel, but to double down on it. In this way, Christian schooling is the hope of the next generation, and the hope of the world.