You are here: Home / Christmas / To Be or Not To Be Scrooge 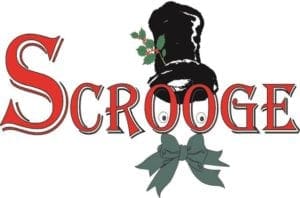 “Don’t be a Scrooge” is a comment typically heard during the weeks preceding Christmas. It’s never intended or received as a compliment. No one wants to be likened to the infamously tight-fisted, cold-hearted, workaholic, old miser from Charles Dickens’ A Christmas Carol.  Those teasingly voicing this admonition may be attempting to cajole someone into enjoying the frenzy of festivities that the Christmas season brings. Others may use this negative appellation to harass someone else into spending more money on something that the speaker wants, as if doing so would permanently free a person of accusations of stinginess in the future.

Despite innumerable stage and film adaptations of A Christmas Carol, the ideas embodied in the quip, “Don’t be a Scrooge,” seem to be the primary lessons our pleasure-seeking, consumerist culture remembers from Dicken’s tale: Always be willing to have a good time and spend plenty of money! This sad cultural commentary is far from surprising. Perhaps, on a good day, if pressed for an answer, a few might say that this is actually a story about the consequences of avarice and about caring for people around you—and they’d be right. But even that doesn’t really fully expose the heart of the message in Dicken’s novella. Even these good ideas are not enough, alone, to make A Christmas Carol such a transcendent story that generations of people want to experience it again, year after year.

So, what is it that makes this story so universally attractive? The same thing that draws everyone to Advent, to Christmas—the promise and hope of redemption. A Christmas Carol is one of the perennially great stories because it chronicles the redemption of a man seemingly beyond redemption, Mr. Ebenezer Scrooge, and in so doing reminds the world that everyone can be forgiven; no one is beyond redemption. Although no one wants to be called “Scrooge,” each person who witnesses A Christmas Carol knows that, on some level, he or she is Scrooge and rejoices to see him “die to his old life” near the end of the story and awaken to a “new life” on Christmas morning.

Everyone revels with Scrooge in the joy of his redemption on that day. Although the story ends there, Dickens reveals that Scrooge’s redemption is ongoing. Having finally learned that “Mankind was [his] business; charity, mercy, forbearance, and benevolence, were, all, [his] business,” Scrooge “was better than his word . . . He became as good a friend, as good a master, and as good a man, as the good old city knew, or any other good old city, town, or borough, in the good old world.” This, too, is a reassuring message of hope for all who listen. Salvation is instantaneous, but transformation takes time. Is it any wonder this story continues to encourage year after year?

The final lines of A Christmas Carol reveal that eventually Scrooge’s reputation changed, too. “And it was always said of him, that he knew how to keep Christmas well, if any man alive possessed the knowledge.” Then Dickens adds, “May that be truly said of us, and all of us!” Ironically, Dickens wanted all of his readers to be like the redeemed Scrooge. Turns out that “Scrooge” is a name everyone should aspire to. It really shouldn’t be taken as a curse after all! “Being a Scrooge” should indicate that someone is good at living out the joy of his/her salvation every day of the year. Consequently, I hope that this Advent (and in many to come) you will allow Dickens’ “ghost of a tale to haunt [your] houses pleasantly,” and revive your joy in the season—the good news of great joy: Our Savior is born!