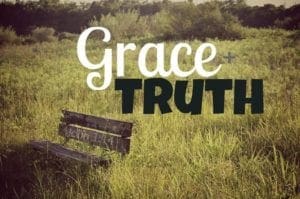 As I’m writing this, we’re all reeling from the aftermath of another contentious election. Politics has always been a dirty business, to be sure, but I don’t remember it having such a bitter, vitriolic tone when I was young. I agree with what others have said: when people lose faith in a transcendent God to give their lives meaning and to provide hope for a better future, political power becomes an imperfect surrogate.

At its best, politics and civil discourse are designed to allow people with competing interests and visions for the common good, contending for finite resources, to negotiate over how to allocate those resources to accomplish that same good. At its worst, like in our current culture, politics and civil discourse become a cage match to the death, each side believing that its ability to chart a course to prosperity and happiness hangs in the brink of being in power, and subjecting the other side to powerlessness and disenfranchisement.

It’s obvious that media doesn’t help with this tone, but contributes to it. On those rare occasions when I do try to get the news from 24-hour news television, I find myself bouncing from network to network, because if I stay too long on only one network, I find myself becoming shaped to think a certain way, often not only from a conservative or progressive perspective, but from an “us versus them” point of view. I also note that no one really seems to how to make a reasoned, compelling argument anymore. Television, with its hard breaks and sound bites, is not a medium that facilitates the time necessary for thoughtful, reasoned discourse.

Since most of us think a debate is what we see on TV, we begin to be shaped into thinking of “discourse and debate” simply yelling at each other and engaging in ad hominemattacks on people, rather than issues.  We are quick to offend and take offense, rather than being quick to hear, slow to speak and slow to anger, and it doesn’t seem like anyone knows how to do anything else. There has to be a better way.

What does it mean to be “full of grace and truth”?  I will talk about the idea of grace in this context now, and follow up with truth next week.

“Grace” is a term we use a lot but don’t really examine.

There are a couple of things it’s not. It’s not something we deserve or we’re entitled to. Sometimes my kids will say, “you should show me grace right now.”   Grace, by its nature can’t really be demanded. The person to whom it’s shown doesn’t really even have the right to ask for it.

It’s also not cheap. Dietrich Bonhoeffer, the German priest martyred for standing against the Nazis during WWII, wrote about the idea of “cheap grace”, our concept of grace as something that costs nothing, no real desire to be forgiven or confession on our part. As if what we’re asking grace from never happened.

Grace is neither of those things. Simply put, it is unmerited favor. It is God not condemning me when I deserve nothing but condemnation. And, it always costs something. When you extend grace to someone, it costs you your right to demand justice or consequences for that person wronging you. It might mean you bearing someone else’s burden. In the case of God, it meant sending His Son to die for us to pay that cost, so that we wouldn’t have to pay it. It cost Him everything to extend, and it costs you everything to accept. As Bonhoeffer famously said, “when Christ calls a man, He bids him come and die”- die to himself, meaning we no longer live for ourselves but for Christ, to glorify him and reflect who He is.

So, Christ is full of this grace, this grace that saves us, but He’s also full of what theologians call common grace. Jesus told his disciples “to love their enemies and pray for those who persecute you, for He makes His sun rise on the evil and on the good, and sends rain on the just and on the unjust.” Matt. 5:44-45.  While not everyone is saved, God continues to bring blessings upon people who deserve nothing but condemnation from Him. As tough as this life is, it is nowhere near as bad as it could be.  People often ask, “why do bad things happen to good people?” but, when we realize that we’re all deserving of death through our sin, the question really ought to be “why do good things happen to bad people (which is all of us)?” And, the answer is that God is good and loving and gracious. He is a God who gives saving grace to some and common grace to all.

So, Jesus is full of grace, and He calls us to extend that kind of grace, even to people who we feel don’t “deserve” it. Because, neither do we.

We talk about “loving the sinner and hating the sin”, but do we really do that, or do we just go ahead and hate the sinner, anyway, or show him or her indifference, which, as we just said, is the opposite of love? And, don’t we do the same thing, not only to sinners, but to those who simply disagree with us on political issues, or theological issues, or any kind of issue? Could it be that a lot of the bad rap we get as Christians today, a lot of the fear and the misunderstanding, is that we don’t really show grace, we don’t really embrace those who aren’t like us? Sure, we love as a concept, but do we love actual people? With names, and faces. Could it be that the best way for people to avoid stereotyping Christians, is for them to actually know and be in relationship with some? And, let’s face it, it’s the best way for us not to stereotype, as well, isn’t it?