You are here: Home / Parenting / Getting Out of Our Own Way 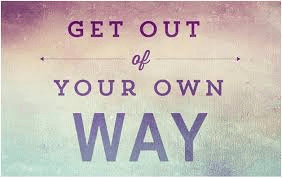 There are some definite downsides to being the head of school for all these years. For example, I can’t run a red light or drive faster than is prudent, because I will almost always pull up next to a school parent, who will recognize me. The same principle prevents me from picking my teeth or singing in my truck at a stoplight.

For all the downsides, there are also some real benefits. I learned a lot about disciplining and working with preteens and teenagers, long before I ever had any of my own, from 15 years of working with other people’s children. Then I had my own, and all these lessons were driven deeply home. Here’s a really important lesson I learned about working with my own kids that I learned from working with everyone else’s: before we’re going to be effective in actively discipling our kids, we have to get out of our own way.

Most often this happens in the context of disciplinary, or even grade issues. Our kids sometimes make a bad choice or a mistake. Every kid does in some form or fashion, no matter how we pray, or try to prevent it, or read parenting books, or try to intentionally parent. It will happen. Period. The problem comes with our next instinctive, mostly subconscious reaction: to internalize their bad decision, and make it about us.  We think: “they are making me look bad. They are bringing dishonor or embarrassment to our family. I must be a bad parent.” Or, worse, “all my hopes and dreams, my identity I’ve placed in being the ‘good parent’ or even the ‘perfect parent’ to this now disobedient or wayward or just mistaken child has now come crashing to the ground because I can no longer manipulate the result I always thought I could.”

Unfortunately, the reason we often feel this way is because it’s conditioned by the way the rest of the community sometimes incorrectly judges us. We see this all the time writ large as it pertains to our school. There’s this inherent competition among schools in town, and parents within the schools. Some of it is healthy; a little crosstown rivalry can be fun and give us something to play for. But some can be really unhealthy. It’s unhealthy that there’s often this unspoken desire to pass ourselves off (whoever “ourselves” is) as being the school whose kids have no problems, while the other schools’ kids have all kinds.  I feel it that pressure, too, and not only is it a lie, but it’s actually heresy, because it’s not the gospel. The gospel tells that we’re desperately in need of Jesus Christ, sinners craving a savior, and that God takes us at our most desperate and restores us to new life. That doesn’t mean we’re instantly cleaned up; it just means that’s how He now sees us, by His grace. The rest of our life is spent on being “cleaned up”, being sanctified, becoming more and more like Jesus. And how do we learn that? Mostly by making mistakes, seeking forgiveness, and being restored.

And that’s just the adults. As parents, we are training up children, works in progress, people in development, growing and screwing up and being molded and shaped. Because that’s what kids do. That’s called learning. Whether we’re individual parents, or our schools as a whole, we want to be really, really sure our response toward them isn’t judgment and self-righteousness and covering up; otherwise, we’ll teach them to be little moralists-whitewashed and cleaned up on the outside, but full of all kinds of turmoil and dysfunction within. Instead, when our kids mess up, we want to shepherd them as a community and as families with empathy and compassion and support and prayer. Sure, there should be consequences, but those consequences should be tied to their actions whenever possible and never intended to punish, but only to help them learn and grow.  It really should hurt you more than it hurts them- that’s not just some bogus saying made up by your dad.  To lead is to suffer.

My kids are far from perfect, and I can’t think of anyone in the world I would rather have seen them discipled through all their awkwardness and mess than the principals, coaches and teachers at their school. This place is the best at that.  And, in our home, the only time we ever did discipline well is when we got ourselves out of the way, remembered it wasn’t about us, were willing to be embarrassed in the eyes of other clueless parents who were also trying to figure it out, rolled up our sleeves and prayerfully, mournfully, yet gratefully entered into the fray of our kids’ sometimes messy lives.  Because that’s where all the really good stuff happened.