You are here: Home / The Head & The Heart / The Worst Marriage Counselor 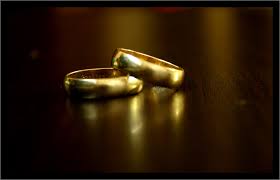 I am the worst marriage counselor ever.  I have thought for the longest time that, if your marriage was on the skids, and you needed someone to push it over the edge, I mean, really drive that nail right in that coffin. I’m your guy. My record at coming alongside folks and helping in a way that results in saving their marriages was worse than the Cowboys’ will be when Tony Romo has his inevitable season-ending injury this year. And, yet, like Jerry Jones with old Tony, I keep climbing back into the lineup, helping my friends whenever I can.

Whether it’s a bad marriage, an addiction, or just some everyday struggle like gossip or anger, people do what they want to do. We may say we can’t help it, or it “just happened,” or it’s involuntary, or we’re a victim, but ultimately it’s none of those things.  Whatever “it” is, it almost always happened because we did that one thing we knew we probably shouldn’t, which led to another, then another, then spiraled into something over which we had no control. And, we did it initially because we wanted to.

My track record at marriage counseling has actually gotten better lately. I’ve become a little bit better parental counselor, too. Because, I finally realized there’s only one solution that actually works: a heart change. James K. Smith says that people are not primarily thinkers, nor are they primarily feelers. Instead, he says, they are primarily lovers, and they will do what they love. The only way to transform anybody’s behavior is to transform what he or she loves. The only way to do things differently is to actually want to do them differently, to ignite one’s heart and one’s passion in a different direction. That requires a heart change. And, the only thing that can change the heart, the affections of man, is the Lord. And, the only thing that can move the Lord to change the heart, the affections of man, is prayer.

I ask my friends who are struggling, “If God never heals you of this thing you are struggling with right now, and you don’t overcome it; if part of your lot in life is just to struggle with it forever, can you say that God is good?”  It’s not an easy question, and it requires a lot of struggling and soul-searching in its own right, but I think if the answer to that question is “no,” or “I honestly can’t,” then our hearts haven’t really been changed. In that case, we love God for what He can give us, or for His “stuff”, but we don’t love Him. Our love is transactional, not transformational. And, transformational love, love that loves just because it loves, not because of what it gets it return, is the only thing that can change hearts. That’s the love that created suns and planets, the love that raised Jesus from the dead. That love can change desires, and can change lives.

Here’s the great thing. That love is at your disposal. If you have Jesus, you have it right now. You can pray and love yourself into loving God like that. It’s a prayer He loves to answer, and will never fail to answer. If you’ve ever truly loved anyone, you know that the way to quicken your heart towards them is to do the things that loving people do. Spend time with Him, do those things that quicken your heart: listen to worship music, listen to podcasts of sermons, read books about faith and hope, walk in the woods with the Lord-whatever that is for you. If you can’t get along with your wife or your mom, first work on getting along with your Lord. When your heart is ignited toward Him, passionate toward Him, then you become impassioned to those who are important to Him. Like, those who He loves, and those things He loves. And, the things He hates become disgusting to you, as well.

So, what’s made me a better counselor is I finally realized that it’s really not an “I don’t love my wife anymore” problem, or an alcohol problem, or a money problem. Maybe on the surface, sure. But, at its root, it’s a “do I love Jesus more than I love me?” problem.  And, the only thing that hangs in the balance of that question is everything.