You are here: Home / The Head & The Heart / Deus In Hoc Mundo 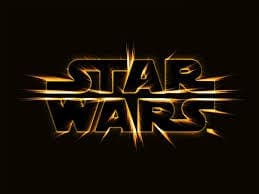 Spoiler alert: This blog contains mild plot reveals, although all of you have probably seen the new Star Wars movie by now (who are going to see it, anyway)

If you think back to your English or history classes from high school or college, you probably remember a dramatic device written into ancient plays, known as the deus ex machina. When, in the course of the drama, the characters were in a bind or had reached an irreconcilable conflict, an actor dressed as a god would either be lowered via a crane from the ceiling, or from a riser under the stage. The god would resolve the conflict “supernaturally,” and conclude the drama.

As a plot device, the deus ex machina is a convenient one, but one that has been highly criticized through the ages. Critics charge, and rightly so, that the use of the device represents a lack of creativity on the part of the author, disregards the story’s internal logic, and challenges the audience’s suspension of disbelief. If you’ve ever seen or read a work that uses it, whether Euripides’ Medea or the naval officer who magically passes by to rescue the stranded boys in William Golding’s Lord of the Flies, you know that a god-like character who simply flies in, rescues everyone, and sets everything right, cleanly and without cost to himself or anyone else, is a thoroughly unsatisfying ending.

Contrast this with the new Star Wars movie, or with any of the old ones, or with almost any great story that you have loved through the ages. We don’t know how the current Star Wars saga will end, but already it has cost us one of our heroes; one who, for many of us, was a part of our childhood and adolescence. While we hate to see our heroes die or otherwise suffer in movies or books, that’s exactly what happens in all of the great stories. When the hero gets away scot free in the process of setting things right, it doesn’t quite resonate with us, does it? It cannot be easy. In contrast, when the hero loses an arm or an eye or his life for the sake of the people, to rescue them from evil and save the day for good, that story is fulfilling to us. It is as it should be.

The hero who rescues his people from evil at great sacrifice, at dear cost to himself, is written on the human heart. It is the basic narrative from which all others proceed. It predates Christ: through Greek and Roman mythology, Greek drama, Achilles mortally wounded by Paris as Troy falls. It calls to what’s deepest in our hearts, because our greatest heroes are motivated, first and foremost, by love. And, there is no true love without sacrifice. As we see in Star Wars and in real life, sacrificial love isn’t cowed by evil. It ultimately kills it.

This is the beauty of Christmas, the power of the Nativity foretold by the prophets, ignored by the religious leaders, and witnessed by the meek and the humble. Instead of the deus ex machina– the God from the machine, Christmas brings Deus in hoc mundo– God in the world. God comes down, not to stand over us and magically reset the chess pieces and give the world a “do-over,” but to enter into the muck and mire of who we are, to get His hands dirty, to be the hero who God has written onto our hearts since before time began. The hero who would save us all, at great cost to Himself. The One who would give His life in love, thereby emasculating death and dealing evil the fatal blow that it’s been thrashing about from since, the blow that will ultimately kill it.

Every great story has three acts. The Nativity, life, death, and Resurrection was Act One. We are living in, perhaps even closing out, Act Two- the Church Age. Act Three is when the God-man returns, this time to wipe the board clean and set everything right, the power made possible by the cradle and the cross.

You’re not a reader or watcher in this play; you’re an actor. As you end out this year, and prepare for the next, how will you ensure you are playing your role well?