You are here: Home / Core Values / The Greater Pleasures 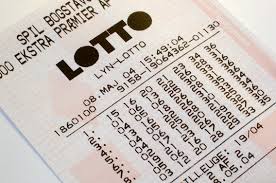 If I won the lottery, I have a list of things I’d do with it. I’d probably rent a house in Seaside for a month, so our whole family could see what it was like to live down there for that long (it would have to be summer).  I’d make sure college was covered for my kids. And, that’s about it. I’d probably just give the rest to Grace (which will probably prompt the school board and my boss to pray diligently for me to win immediately).

I think my list used to be longer. It for sure used to involve buying more items. Part of the change is just seeing my friends who have stuff not enjoying it as much as they thought they would. All my boat owner friends tell me the two best days of a boat owner’s life are the day they buy it, and the day they sell it. But, part of it is just realizing that the things I really love are priceless. Like most of the people who bother to read this blog every week. Like sitting in my back yard with good friends, my family, a piece of meat I just grilled on my Green Egg, and not too many mosquitoes. Or, when Doug opens a new insight into God’s Word for me in one of his sermons, or Jon and his team lead us into deep worship. Or, just standing over one of my sleeping daughters as I pray, listening to her breathing peacefully in a house that I’m providing, in a spiritually, emotionally and physically safe home, all by God’s gifts of grace.  Or, this school community, my people. Priceless.

John Piper has said, “God is most glorified when we are most satisfied in Him.” Try something sometime. Watch thirty minutes’ worth of commercials, and try to concentrate on how often the idea of “you deserve this” or “you deserve better” or “you need this” comes up. I know we all know that’s what advertising is about to a large degree, but when you actually focus on it, it’s really staggering. We are relentlessly bombarded with the idea that these things we don’t have are actually the secret ingredient to filling the missing void. These are the “lesser pleasures,” and some of them are actually really good things, like food, and visiting places, and medication to help heal us. But, they’re not substitutes for the “greater pleasures” to be found in Christ.

God created us. He knows how we operate. He wrote the manual. He offers those things that we need to be most satisfied, things like finding our contentment and sufficiency in Him, discovering how He created us as His image bearers and actually living that way, and letting His Word guide how we view culture, rather than letting culture guide how we interpret Scripture. In these ways are God most glorified, and in them are we most satisfied. Yet, we often treat Him like some cosmic buzzkill, throwing around “thou shalt not’s” to ruin our good times.  Taking our cues about what’s good for us from the rest of the world isn’t exactly the wisest idea, however. It doesn’t seem to be working out so well for the rest of the world, near as I can tell.

It seems that the things the world tells our brothers and sisters who are struggling with sexual identity issues, that you “shouldn’t deny your nature, just go ahead and give in, you deserve to be happy,” or, the whole idea behind euthanasia of the old or infirm, that “someone should just put them out of their misery, the kind thing to do is to spare them from any more suffering”, and many like trains of thought, stem from a similar perspective: that this world offers the greatest pleasure there is, and that there is no “deeper magic;” that one can’t find deeper love than in the arms of humanity, or deeper joy than in alleviation from immediate suffering.  These are offered compromises of the prospect of what is greater for what is lesser. They’re cop outs, and they’re unfair to heirs of the Kingdom of Heaven whose birthrights are so much more.

C.S. Lewis said it better than I ever could in The Weight of Glory: “It would seem that Our Lord finds our desires not too strong, but too weak. We are half-hearted creatures, fooling about with drink and sex and ambition when infinite joy is offered us, like an ignorant child who wants to go on making mud pies in a slum because he cannot imagine what is meant by the offer of a holiday at the sea. We are far too easily pleased.”

I think I may actually have to play the lottery to win it. Or, so they tell me. But, I am endlessly grateful that I’ve already won the jackpot, and that God encourages, even commands me to enjoy it daily. I’m stumbling through learning how to do that well.