You are here: Home / The Head & The Heart / Developing the Heart of God 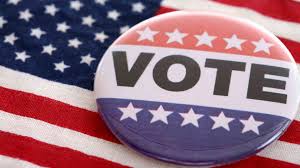 I desperately want to develop the heart of God, and I want my kids to have it, too.

God tells Jeremiah, and us, to seek the welfare of the place to which we have been exiled, because in its welfare we will find our own (Jer. 29). That is a brilliant sentiment; it is a command of God we must follow. But, I’m afraid that most of the time we’re less self-aware of our position as citizens of the Kingdom of Heaven living and working in a foreign land than we are in thinking and acting as if this is our native land. Even though Romans 12 tells me to be transformed by the renewing of my mind, I find that my mind is all too often stuck in the rut of this world, of my culture.

Can anything else explain how obsessed we are with the reality show that is the presidential campaign for an election that is more than a year away, meanwhile we’re relatively oblivious to the greatest worldwide humanitarian crisis in decades? Right now, 11 million victims of war in and around Syria are being killed, displaced from their homes and traveling across Europe, many eventually to this country. That’s nearly twice the number of Jews killed in the Holocaust, and more displaced at any time in the past 100 years other than World War II. Meanwhile, an uncanny amount of airtime is dedicated to watching Donald Trump bloviate. Seriously?

I love this country. I care about and pray for our leadership, too. There will come a point for those of us who are not movers and shakers in either party to get involved, MUCH closer to the election. But, there are really only two explanations for the relative depth of media coverage for the former and lack of coverage for the latter: a) the campaign provides such entertainment value, such theater; b) we all place WAY too much value in one man’s ability to make our lives better or worse. Both of these reasons, I would argue, are close to the heart of man, and far from the heart of God.

I was reading a sermon by 18th century Baptist preacher Charles Spurgeon. He noted that, even in his day, there were many who said that they wanted spiritual revival, but few who groaned for it, who truly longed for it. That really resonated with me. I catch myself groaning at the state of our society, longing for a better one, but not for the Holy Spirit to revive the hearts of my fellow believers, or the guy who lives next door to me and doesn’t know Christ? I’m indwelled by the Holy Spirit, a follower of Christ, dadgumit! What’s wrong with me?

Lately, I’ve begun praying the prayer of the father of the demon-possessed child in Mark 9. You remember the one. The man asks Jesus, if he can, to heal his child. Jesus replies, “If I can? All things are possible for one who believes.” To which the man replies, “I believe! Help me in my unbelief!” I love it. That is a deeply authentic response. I think it applies so well to my heart, and yours. “Lord, I want to be transformed. I want to care about what you care about. Make me angry about what angers You. Make me weep when You weep. What brings You joy, bring that same joy to my heart. Align my heart to Yours, so that there is absolutely no daylight between You and me.” Is that your daily prayer? Do you pray for the heart of God? Just like the man with the demon-possessed child who was healed, a little bit of faith and a lot of desire go a long way with Jesus.

We also need to start looking around. One of the things we try to do at Grace is to educate for lament. Lament is not a common or popular word in our society. We spend our time and money avoiding sadness, rather than dwelling on it, which is probably why the election is more fun to watch than refugees. But, lament, deep, profound sadness, feeling in our gut that things aren’t the way they ought to be, is close to the heart of God. Lament is something we should foster in ourselves, and in our kids, by pointing out injustice in the world-not the jerk who cut you off in traffic, but human trafficking, oppression, persecution, “the widows and orphans in their distress”, as James says. Lament is figuring out how we can be the Body of Christ, bridging the gap between the way things are and the way they ought to be, and helping our kids do the same. Then, doing something about it. Take your kids to gcc.org/Syria, and read about the refugee crisis, then figure out how to help through World Vision, linked on that site. Or, be engaged somewhere else, somewhere that’s close to the heart of God.

I read that in the average year, the average kid spends 7800 hours at home and 900 hours at school. If you’re taking them daily to things that are important to the heart of God, that’s a ton of training time for you. If they’re getting it at school, too, how incredibly powerful is that? What will God do through them, in their generation, with hearts that are trained to have the heart of God?

And, don’t worry. The election campaign will STILL be around anytime you tune back in.